Big Tree goes to the doctor

The Mount Alexander Shire will be undertaking works on the Guildford Big Tree, which, as we’ve previously reported, was badly damaged in February. From a Council briefing:

‘The severe storm in February 2015 caused considerable damage to the
canopy of this significant tree causing the loss of several large
sections of the canopy.  This loss has exposed a number of branches
within the remaining canopy which have the potential to shed during
relatively mild weather conditions. 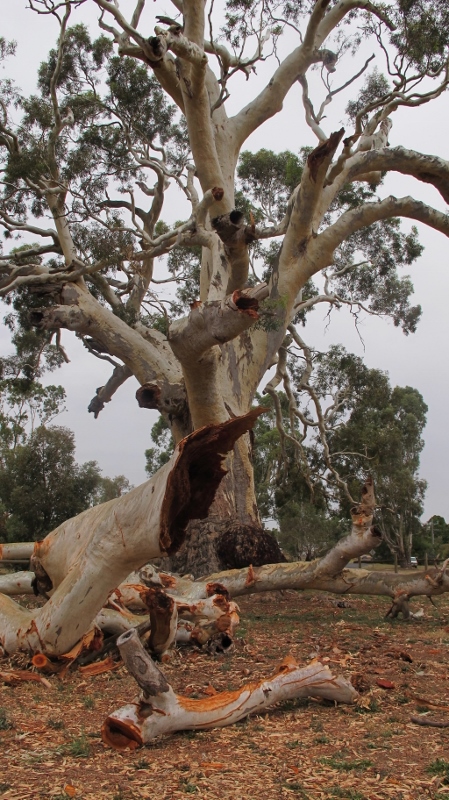 The Big Tree: works will be undertaken to try to forestall further damage to the old feller.

‘To protect the tree, reduce potential branch loss and improve overall
tree health, the following works are scheduled to occur within the
next few weeks:

‘1. The tree will be pruned to reduce over-extended and exposed
branches.  The pruning will reduce the potential hazard associated
with these branches and leave a well-balanced tree with an
aesthetically pleasing appearance.  All pruning will be undertaken in
accordance with Australian Standards, AS4373-2007 Pruning of amenity
trees.

‘2. Several large branches that remain below the tree will be relocated
from beneath the trees canopy and remain on-site as informal seating
for visitors.  Some of the other branches will be taken to Guildford
Primary School.  Any other remaining branches will be removed.