Wild winds brought down numerous trees in the region on the last Saturday in February, including a giant poplar which fell onto the Midland Highway bridge, writing off a car and injuring its driver.

The same storm caused massive limb damage to the nearby Guildford Big Tree, a giant River Red Gum estimated to be somewhere between 500 and 1000 years old. 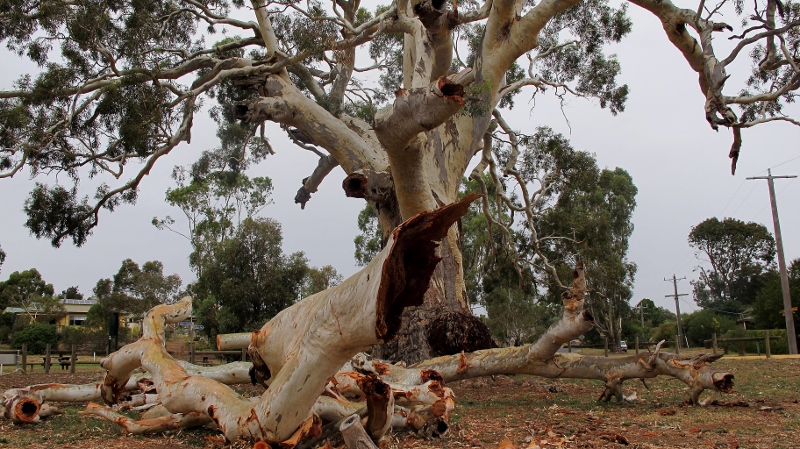 The Guildford Big Tree, March 2015: the tree has lost maybe a quarter of its bulk in one go, but the resultant hollows offer new wildlife opportunities.

Giant trees like this are monuments to a former time, and a reminder that the relatively small trees in the regrowth bushland which dominates the region are not ‘normal’, historically speaking.

Damage to the tree in this manner is of course to 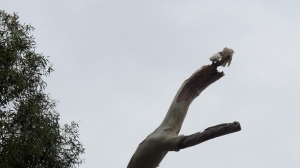 be regretted. On the other hand it’s part of the process of change. Loss of limbs
creates hollows quickly colonised by wildlife–and by mid March a pair of Corellas had already taken possession of one of the new hollows [see photo at right].

2 Responses to A giant crash