A solid group of FOBIF walkers led by Richard Piesse dropped in to the Tarilta Valley from Porcupine Ridge on Sunday in brisk but fine winter weather. There was good bird watching and plenty of fungi on show, and the valley is showing fair but patchy recovery from DSE’s disastrous 2012 fire exercise. 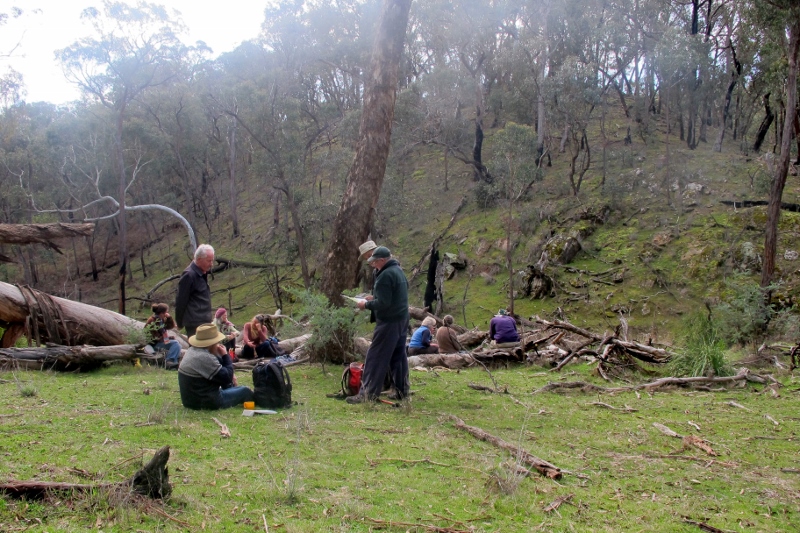 Taking a break by the Tarilta Creek.

The group left the valley via the impressive rock cleft and waterfall ridge [which, unfortunately, rarely sees much water – see first photo below], and wound its way through an isolated subsidiary valley to the Great Dividing Trail.

Click on photos below to enlarge. Photographers are Bernard Slattery and Noel Young. 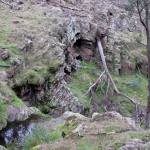 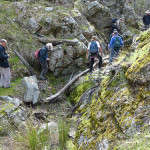 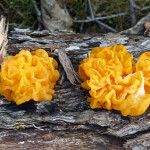 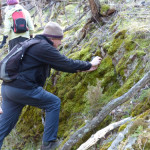 Bernard at work on one of his favourite subjects

Two Black Wallabies crossed the Porcupine ridge road on the way in.

I didn’t attempt a plant list, but there were several species of wattle flowering, including an unusually common occurrence of A gunni. (Ploughshare), a number of flowering Sundews, and an occasional Hovea and white or pink heath flowers. No flowering orchids were found as far as I know.

1 Response to Into the valley