The 409 hectare fuel management burn planned for Amanda’s Track, at the southern end of the Castlemaine Diggings NHP, has been removed from DELWP’s operations plan. It’s been removed ‘based on a values assessment and field checks.’ 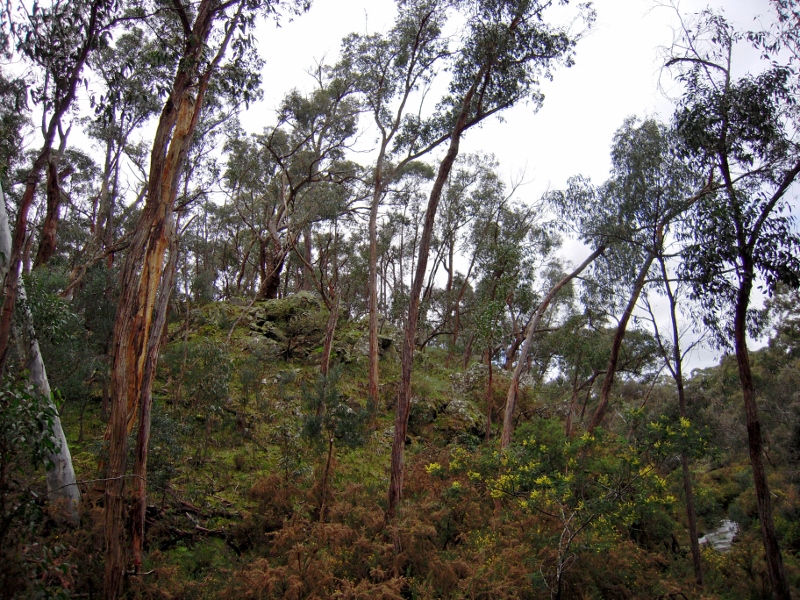 We’re not exactly sure what the quoted reason means, but it seems like a good decision. This was one of the largest burns planned for this region. FOBIF has always been sceptical of its fire protection value, and extremely nervous about its destructive possibilities. The fire would have covered all the land south of the Wewak Track not already burned in the Department’s extremely severe to disastrous fires in the Tarilta Gorge and Loop Track over the last few years.

This section of the Diggings Park, centred on Brown’s Gully, is one of the jewels of the region,  for its relative isolation, heritage value and natural beauty. It’s never been really clear why this [and the adjacent zones] were in the Fire Operations Plan. It’s to be hoped that the State Government quickly adopts the risk management strategy recommended by the Inspector General for Emergency Management; and that under such a strategy management proposals for areas like this can be more transparent and convincing.

2 Responses to Amanda’s Track: Fire’s off