The storm which made local headlines by bringing down a tree on the Loddon River bridge in late February was only one of a series of what seem to be mini tornadoes throughout Central Victoria, and specifically in our own shire, judging from feedback from readers. James McArdle has reported the felling of another mighty redgum at Glenluce. And below is the scene on the Crocodile Reservoir Track near Fryerstown. The track is covered over 200 metres by trees large and small, snapped off at the base or higher up, or simply uprooted: 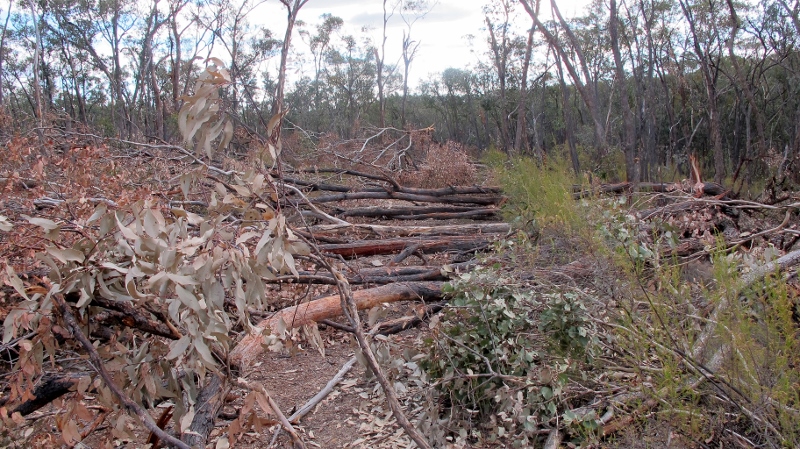 Tornadoes aren’t so rare in Victoria—there have been 160 severe ones since 1918, plus many others not big enough to figure on the Bureau of Meteorology data base. The most spectacular local one wrought havoc in Castlemaine town in 1901. A tornado in Sandon in 1976 killed two people whose car was lifted nearly 10 metres off the ground and tossed into a gully. And in 2003 winds between 100-200 kph ripped through Maiden Gully Bendigo