FOBIF has written to David Major, Ranger in charge fire and emergency operations for Parks Victoria, about track works in Kalimna Park. Our key question was: we believe protocols were developed by Parks some years ago to do with track works. Our question is: what are these protocols, and were they observed by dozer drivers? 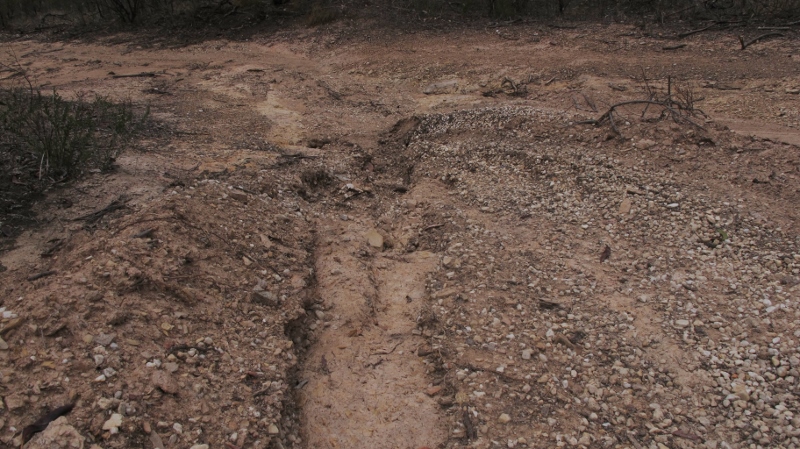 Erosion in new track work, Kalimna Park: it’s impossible to find out exactly what directions are given to dozer drivers.

We’re awaiting an answer. It’s a good idea to have protocols guiding workers in sensitive areas: but only if they’re actually followed. The unfortunate history of track maintenance in this region suggests that they rarely are. One question we’ve repeatedly put to managers is: Were workers given a maximum width to keep to? We’ve never had an answer to that one.

Meanwhile, Castlemaine had a bit over 20 mls of rain over the weekend, in two falls, not particularly heavy ones by recent standards.  We went up to have a look at one of the pulverised tracks on Wednesday, and it’s no great joy to record that erosion has already started, as you can see from the picture above.