It’s been a dry 2014—only 473.9 mls of rainfall in Castlemaine, against a long term average of over 560 mls: and the bush is hunkering down for a long dry summer.

There are still flashes of colour around the place, however, making it worth while getting out to take a look around. Wiry mistletoe is flowering on silver wattles along Forest Creek, for example: 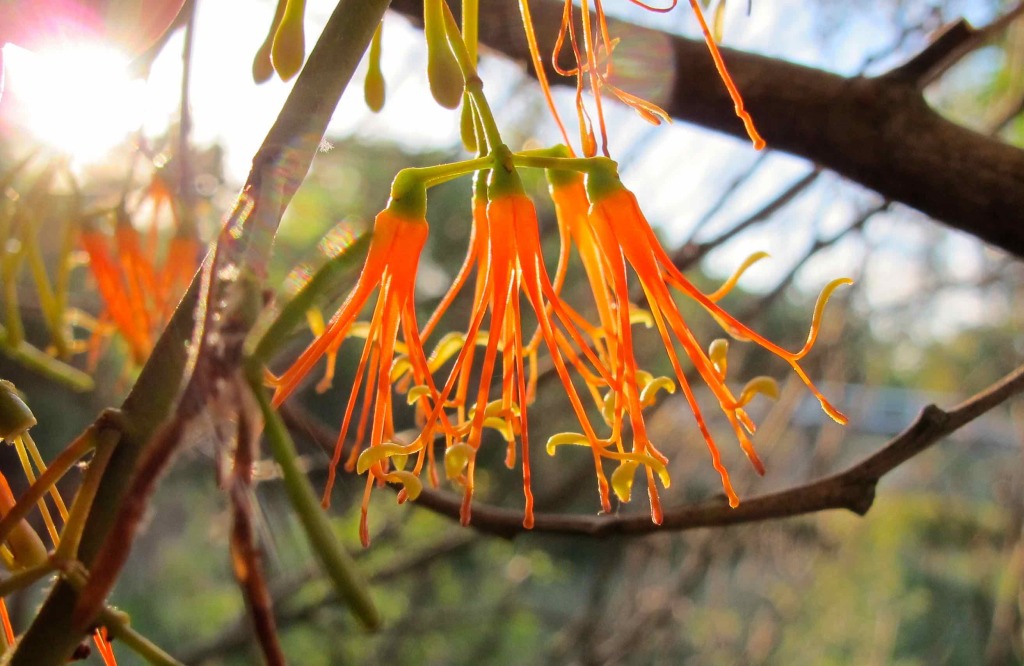 And there are luxuriant flowerings of Sweet Bursaria in moister locations, together with some more unusual plants for our region: for example, Common Cassinia [C aculeata]: 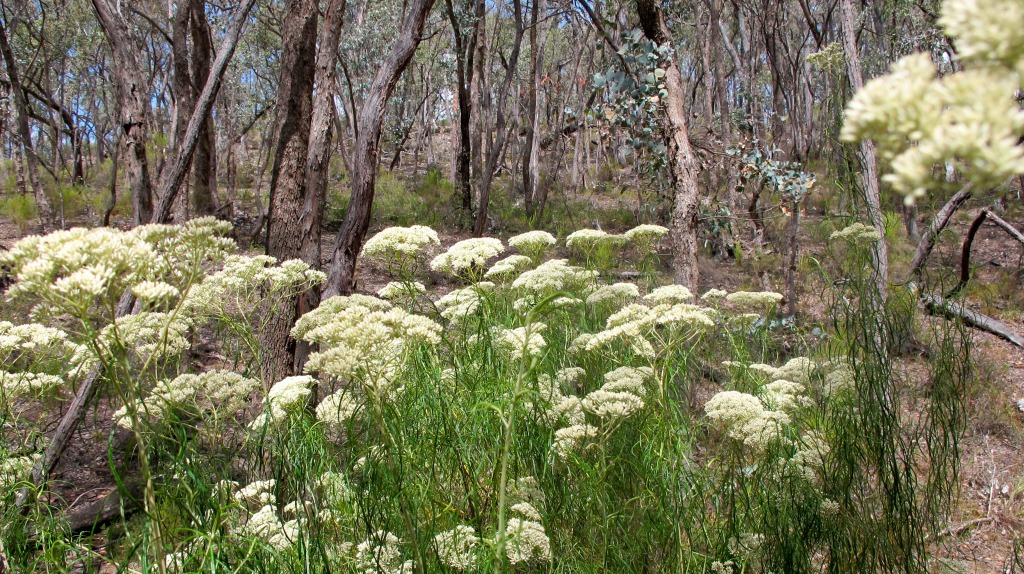 Common Cassinia isn’t  as common here as it is elsewhere, if you get the drift–the common Cassinia in the goldfields being Coffee Bush [C. arcuata], but it can still be found in the odd gully.

If your’e looking for motivation to get out and about, check out the spectacular kingfisher photos in Geoff Park’s Natural Newstead website.

And, in the general sparseness,  there are the odd flashes of colour provided by such persistent heroes as Pelargonium rodneyanum, and the odd orchid. Enough, in short, to justify a stroll just about anywhere in the bush. 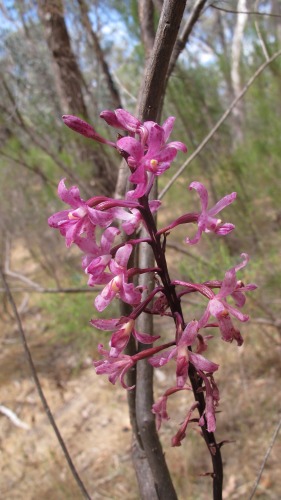