Last FOBIF walk for the year

Alex Panelli led the last 2014 walk on 19 October in the Fryers Ranges around the Sugarbag Track area. Noel Young wrote the following piece on the walk and included an extensive flowering plant list:

On a day of glorious weather, the walk for most of us quickly turned into a Wildflower Walk as Alex had selected an area which was flowering profusely and appeared to be at the peak of the season. Unlike last month’s walk there was no sign of cup moth damage, and the trees looked very healthy. Another healthy sign was the almost constant calling of birds all along the track. Although I have not mastered all the bird calls, I could list as definites: Horsefield’s Bronze Cuckoo, Golden Bronze Cuckoo, Fan-tail Cuckoo, Grey Thrush, White throated Tree-creeper, Rufous Whistler, Fuscous Honey-eater, Olive backed Oriole, Grey Fantail, Blue Wren, Kookaburra, and Spotted Pardalote. 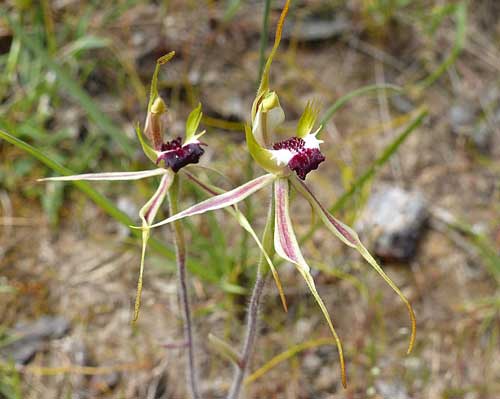 Theo Mellick-Cooper took the first three photos below and the rest were taken by Bronwyn Silver. Click to enlarge. 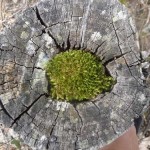 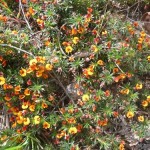 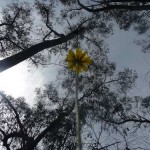 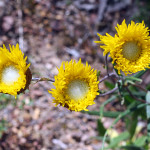 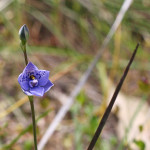 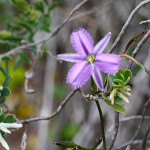 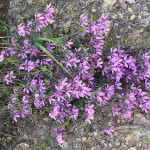 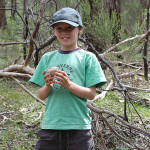 Theo with a bird’s nest 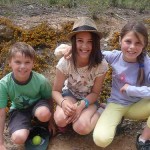 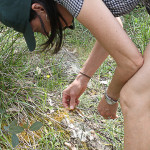 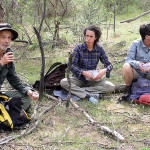 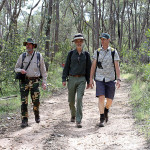 Noel, Alex and Neville on the track