The good, and the ugly

Twelve brave walkers braved unpromising forecasts to take on FOBIF’s August walk into the isolated upper reaches of the Columbine Creek catchment on Sunday. As it turned out, the weather was brisk but kind, with plenty of sunshine to take the edge of the breeze. 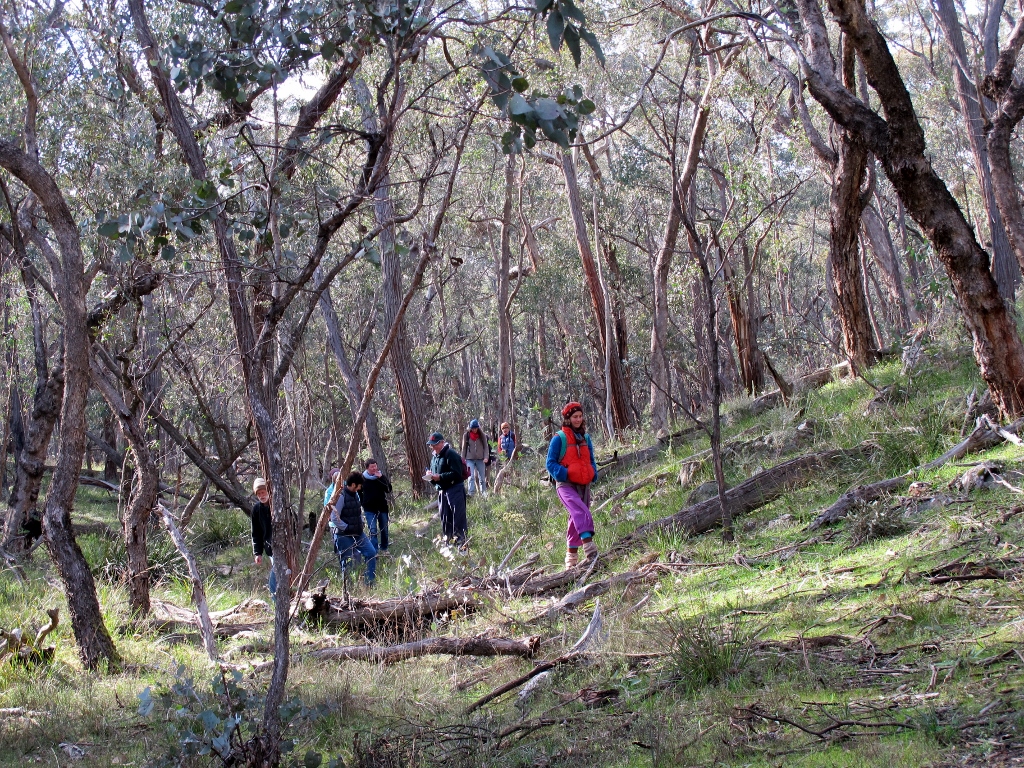 Walkers in the upper reaches of the Columbine Creek catchment. The wildflower season is getting under way, but illegal timber cutting is rampant.

Walkers were able to observe the growing abundance of wildflowers in the area. Less inspiring is evidence of illegal timber cutting on an almost industrial scale. Although there have been recent prosecutions for illegal firewood collection in this district, we have no doubt that foresters are still battling to cope with the consequences of Coalition decisions to weaken the firewood permit system. This system, which had been introduced by the Bolte Liberal government, served as a means of regulating the effects of firewood collection in public forests. 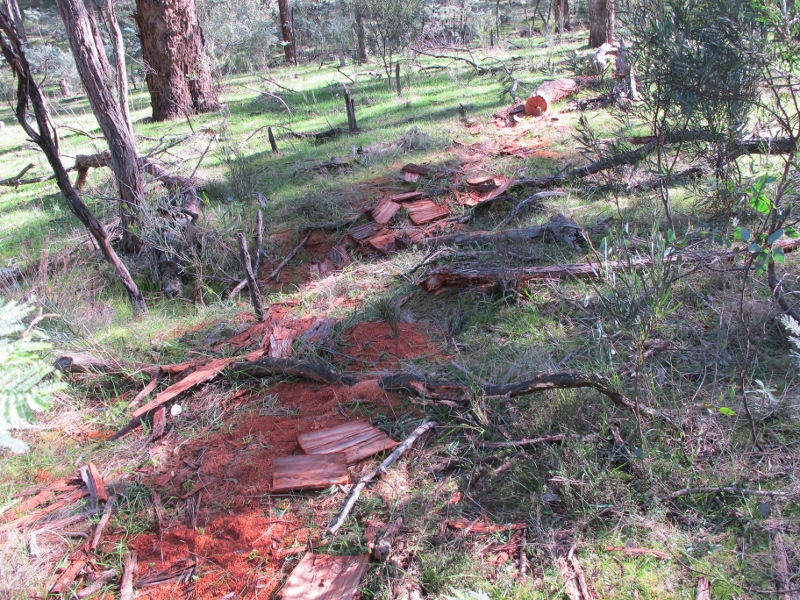 One of the dozens of examples of illegal firewood cutting in the Columbine Creek valley. Illegal cutting is partly the consequence of government decisions to weaken 60 year old permit regulations.