On Saturday May 30 the Friends of Kalimna Park were given a Certificate of Appreciation by Parks Victoria for 30 years of dedicated work for the Park. Friends of Kalimna Park began in 1971 as the Kalimna Park Preservation Committee. Since then the group has monitored the Park and assisted with its maintenance and protection, including weeding and revegetation and numerous advocacy, monitoring and educational activities. 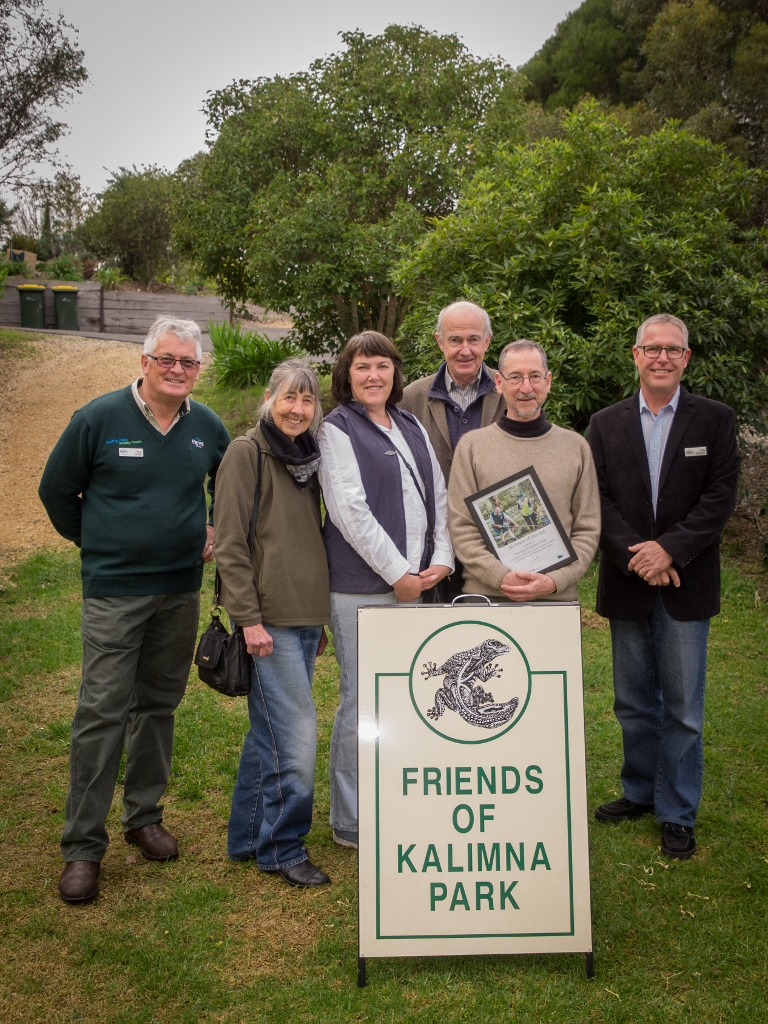 In Victoria , nearly 220 000 hours of work was undertaken by Parks Victoria volunteers in 180 parks and reserves across the state in 2012/13. This equates to nearly 30 000 volunteer days and is the equivalent of 123 full time staff for a year.
This entry was posted in News. Bookmark the permalink.