Tarran Valley 2: the cost of development to nearby bushland

Would the development require that woodland in the reserve be severely altered in order to protect residents from fire?

The CFA submission to the panel states that ‘the broader surrounding bushland having interface with the subject land has the potential to generate severe bushfire behaviour, including crown fires, extreme ember attack and significant radiant heat.’ The CFA handpasses the management of this problem to the land manager, the Department of the Environment.

Mount Alexander Shire planners, who support the proposal, do likewise, saying blandly that ‘determining whether the proposal will change the way surrounding bushland needs to be managed in the long term is the responsibility of other authorities.’

The submission by the ‘other authority’, the Department of Environment, is quite clear on the matter: the location of houses close to the Reserve would immediately create pressure for it to be rezoned to Zone 1 [Asset Protection] for the purposes of fire protection.  Here’s the DEPI submission:

‘A change in adjacent use is likely to cause a change of the surrounding fire management zone to FMZ1 Asset Protection Zone. In order to provide additional protection for the subdivision fuel reduction of an area of approximately 270 hectares would need to occur … To achieve the fuel hazard requirements of an APZ, the fuels in the area would be maintained at a ‘moderate’ level over approximately 90% of the 270 ha. This will result in a burning regime of fuel reduction burns being conducted on a five-year rotation.

‘An increased rate of burning will result in a significantly changed landscape. Regular burning to meet FMZ1 objectives results in the eventual loss of coarse woody debris on the ground, which removes key habitat for invertebrates and small mammal and reptile species. Over time, this will diminish the abundance and complexity of faunal species within the historic area.

‘An increased burning regime is expected to result in the loss of trees containing hollows used by native fauna. This loss of habitat is likely to impact on the abundance of fauna over time. More regular burning will also alter flora species composition, as a five-year rotation is below the average tolerable fire interval for many box-ironbark species and so we could expect to see a move to a simpler structure in the forest most likely containing larger grassland areas and fewer mid-storey species.’ 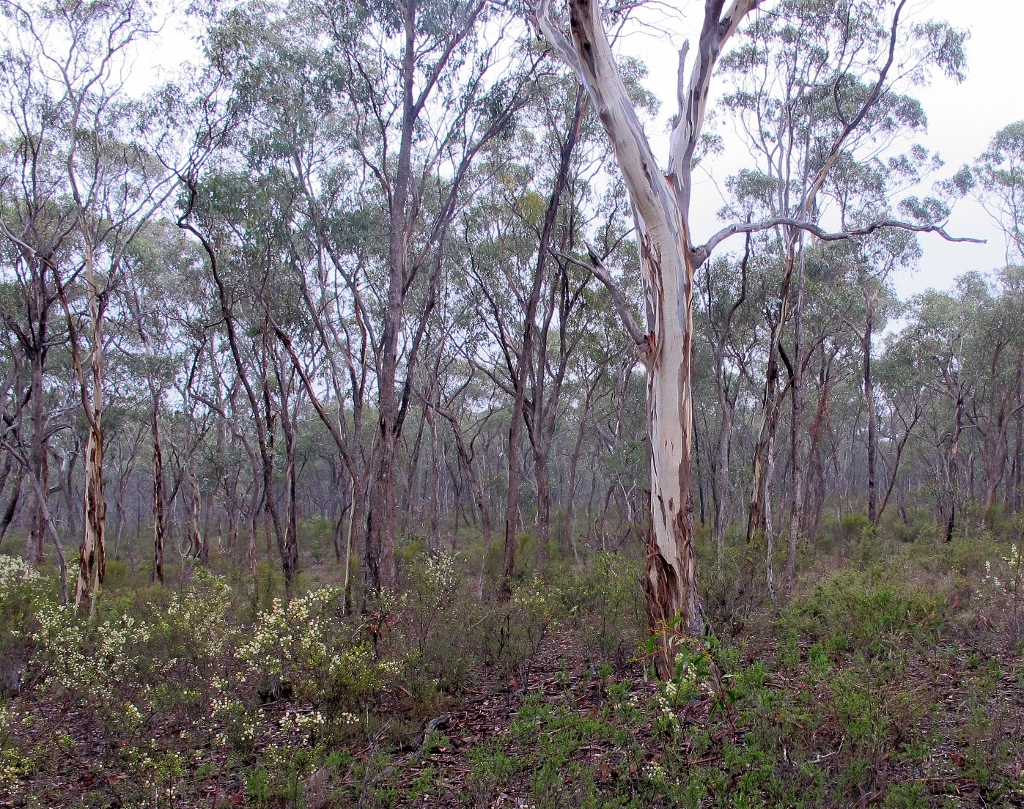 In the Maldon Historic Reserve: DEPI says that proposed development nearby would require severe fuel reduction in the reserve, with inevitable damage to forest structure. The Department adds that ‘it is not appropriate to manage risk created on private land using Crown land for defendable space.’