The Victorian Government announced today that it was expanding ‘existing prospecting and gem hunting areas in National Parks.’

In a quite extraordinary piece of logical acrobatics, Environment Minister Ryan Smith declared that the decision ‘supports recommendations made to the Victorian Coalition Government by the State’s independent environmental assessment body, the VEAC.’

In fact, as readers of our earlier post know, the Government directed VEAC to find new areas for prospectors in National Parks. VEAC was not permitted to conduct an independent examination of the question: should there be additional areas for prospecting?

To imply that the Government was accepting recommendations out of an independent enquiry is simple dishonesty. 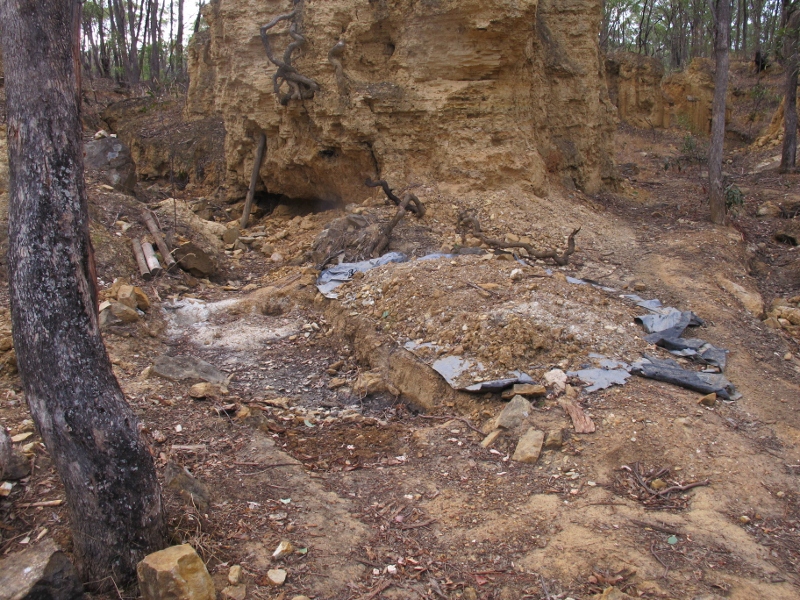 Prospecting damage, German Gully: VEAC’s report was critical of the lack of data surrounding this activity, in spite of past government promises of monitoring. The Council made three strong recommendations for monitoring, supervision and research: it remains to be seen how seriously they’ll be taken.

In fact, the Council was clearly reluctant to bend to the Government’s will. VEAC’s report on this matter was severe about the environmental impacts of prospecting, even when properly pursued. Its report stated baldly, ‘This activity should not be introduced in additional parks if sufficient resources are not available for management.’ On page 47 of its report the Council made three clear, detailed recommendations for proper supervision,  research and monitoring.

All that the Government says about this is: ‘the response will be monitored during the first year of introduction.’

The previous government also promised monitoring of prospecting when it was permitted in the Castlemaine Diggings NHP in 2002. No monitoring took place.We’ll see how this one goes.