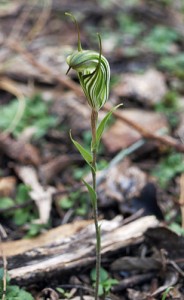 Highlights included a couple of early orchid sightings—the area is a superb wildflower site in Spring — and exploration of a fascinating cultural landscape centred around water and gold.

Less gratifying was the sight of the bush clearly suffering from a new outbreak of cup moth damage, before it has had a chance to properly recover from the last bout of munching from this creature [see our Post]. 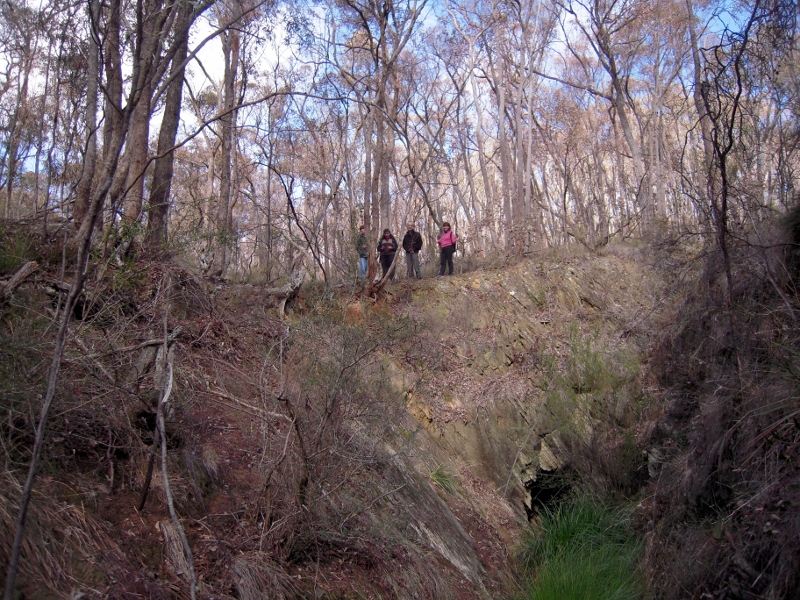 Part of the FOBIF group looks down on the Crocodile Reservoir channel. The sparseness of the tree canopy is a symptom of cup moth damage.

This area is the source of many tales from gold rush days, including a classic about Golden Gully [part of the Heron’s Reef area], from the Mount Alexander Mail, 6 April 1855:

‘The finest and most complete nugget of solid gold ever found, has been taken out of an old hole in Golden Gully, Fryer’s Creek.  …it weighs 1022 ounces, and is worth about £4000, completely eclipsing all former nuggets.  It was found in an old pillar in 20 ft sinking, by two young men named Davis and Harris, who have only been out about eight months…  they had offered the hole in the morning for two ounces of gold, but could not sell it…  The owners of the nugget, out of courtesy to our worthy Commissioner, Mr Heron, named it the ‘Heron nugget’…  The place where it was found was turned over very hastily two or three years since, and…there are several pick-marks observable on the nugget…’

In other words, a previous digger had actually sunk his pick into the nugget, without finding it! This is the kind of story which has encouraged gold diggers for generations that one day, a lucky strike will happen. As we know, the consequences of this fantasy are not always beautiful… 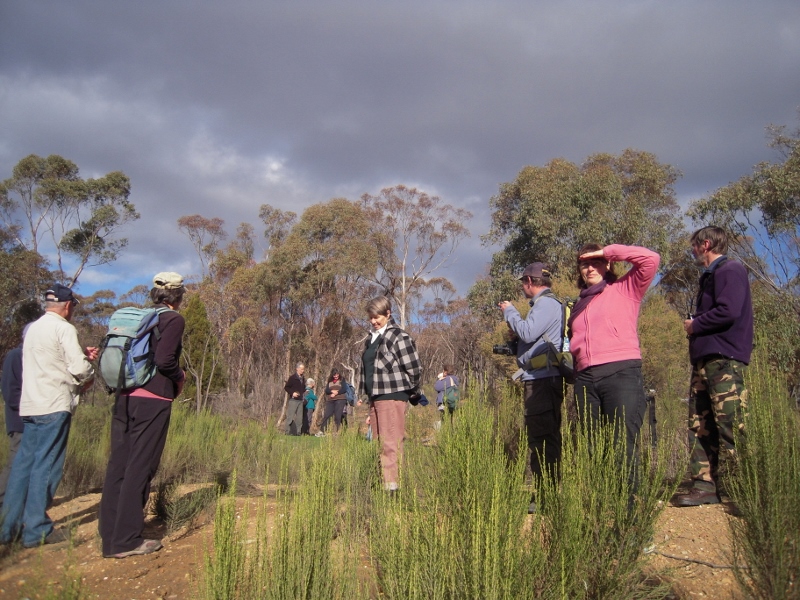 Next month’s walk will be on July 23, on Mount Tarrengower and Lisles Reef. See the walks program for details.