FOBIF members have had a preliminary look at the CAS 107 Zone 2 Arthur’s Track management burn in Poverty Gully this week. The exercise, conducted last Friday April 4, was the continuation of the burning operation begun late last year. The purpose, in the words of DSE’s Code of Practice, was to ‘protect nearby assets, particularly from ember spotting during a bushfire.’ It also aimed ‘to achieve ecological outcomes by seeking to manage for ecologically desirable outcomes, provided bushfire protection objectives can still be met.’

At first sight a moderate mosaic burn seems to have been achieved, as the first photo shows. Further, the Eltham Copper Butterfly and endangered spider orchid areas were avoided. 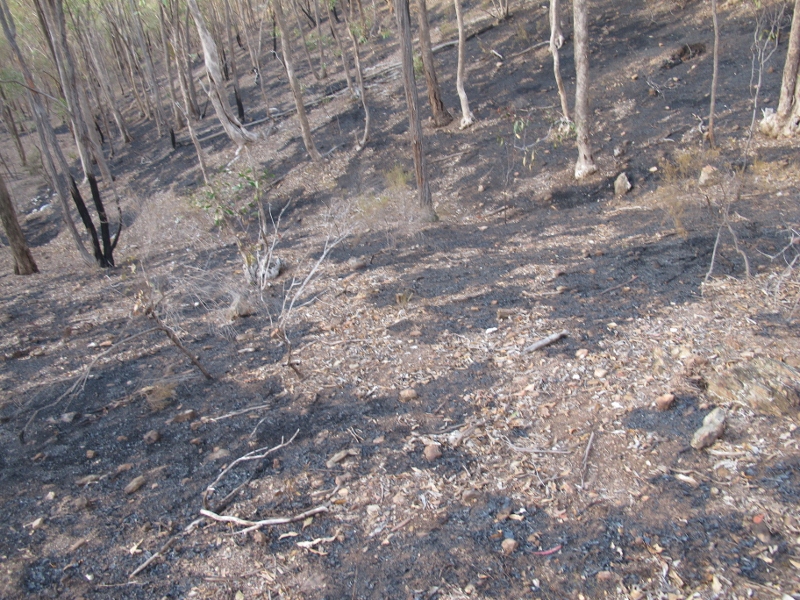 Arthur's Tk burn: a moderate mosaic, with protection for areas where endangered species are known.

On the other hand, we were faced with a puzzle which we’ve often faced before: although relatively few trees were brought down in the fire, some of the ones which did come down were among the biggest in the area: 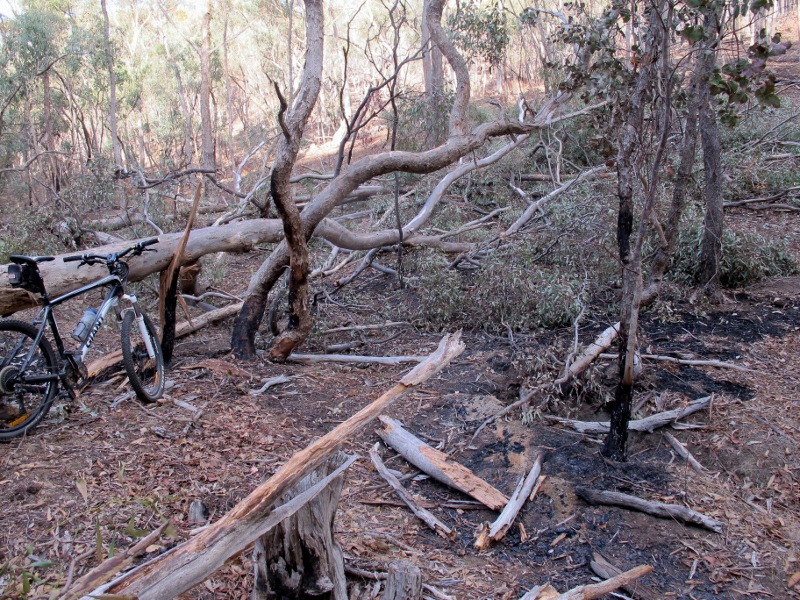 Peppermint gum felled by DSE fire. This tree, like one of equal size near it which was also brought down, was next to an administration track. It's baffling that it could not have been identified and protected.

We can’t see any fire protection gain in the destruction of such trees, and the ecological loss, in an area with few big trees, is obvious. We will be pursuing with DSE the possibility of getting a more reliable method of identifying and protecting such trees.