Several Eastern Rosella fledgling recently fell out of a nest box in John and Marie’s yard at Golden Point. They landed in saltbush below where the adults fed them for a week before they finally flew off. 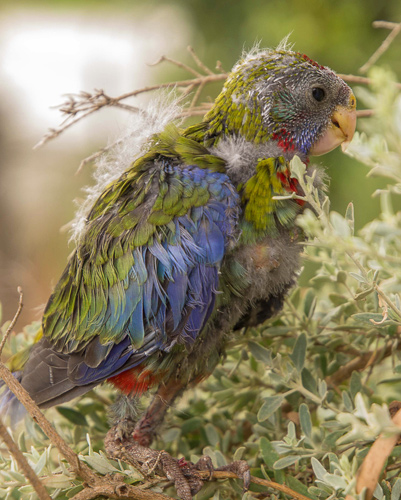 One of the Rosella fledglings. Photo by John Ellis, December 2012

A week or two previously Doug Ralph also discovered young Rosellas. This time they had stayed in their nest box. 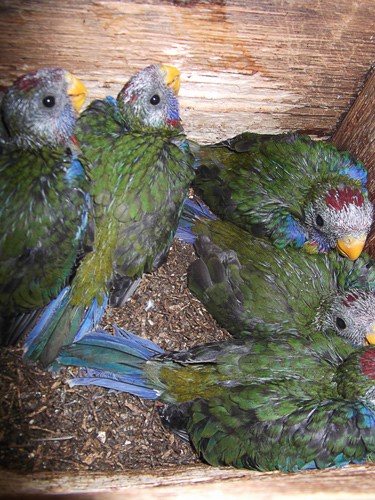 To see even younger Eastern Rosellas have a look a Geoff Park’s site here and here. In this brilliant sequence of photos, Geoff has recorded the transformation of chicks from nestling to fledging stage over a 25 day period.