Forests under attack from leaf miner

Visitors passing along the Porcupine Ridge Road in recent weeks have noticed that trees on both sides of the road, both in the National Heritage Park and the Upper Loddon State Forest, are looking extremely stressed, presenting a desolate sight.  The cause appears to be a plague of lerps. Such a plague usually reflects a decline in the number of woodland birds which normally feed on lerps. [SEE OUR AUGUST 16 REVISION OF THIS ASSESSMENT] 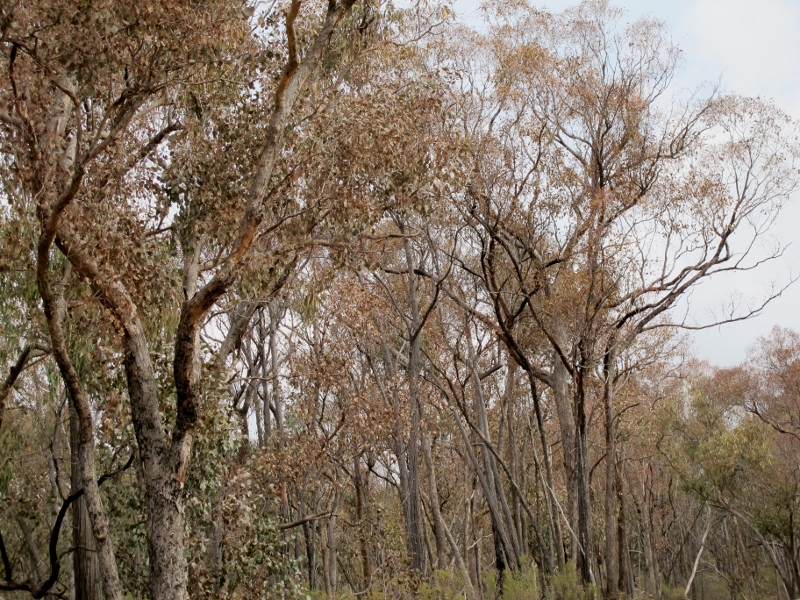 Distressed trees near the Helge Track: bush health is dependent on biodiversity, and low bird numbers suggest that we may be in trouble.

This decline is alarming from many points of view. The current condition of this bush is an indicator of the connection between biodiversity and forest health. Castlemaine Field Naturalists report that the ‘decline in bushland birds is alarming.’ Their 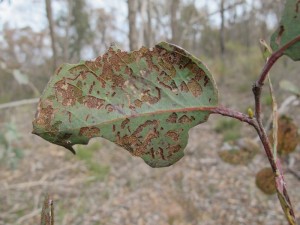 Lerp attack: the absence of woodland birds is not just a problem for bird watchers.

monthly bird counts at the Spring Gully/Fryerstown Road intersection reveal that the number of species seen, and the number in each species, have been declining for some time. The counts for 2012 are
January nil
February nil
March nil
April Scarlet Robin (1)
May Aust Raven (1)
June nil
July nil
August nil’.

DSE draft fire operations plans propose big burns to the south and west of this area [see our report below].

2 Responses to Forests under attack from leaf miner