Walkers in a Blackened Landscape

The June FOBIF walk led by Doug Ralph was to the remote Tarilta Creek Valley. Readers of this site will know that this area was the subject of controlled burn this Autumn. (See previous FOBIF post.) The day allowed walkers to see the effects of this burn first-hand.

Most of the walk was through bush that had been devastated. Mature trees were lying burnt on the ground and severe erosion was evident as a result of  the burning of steep slopes. Consequently parts of this once beautiful creek were now full of black silt. Apart from epicormic growth on burnt trees and some ground covers such as Scented Sundews there was little evidence of recovery. One of the walkers, Noel Young, commented:

I was dismayed by the number of large mature eucalypts that were completely destroyed in the bottom of the valley.  This represents the destruction of much needed wildlife habitat which has taken maybe 50 to 100 years to grow.  I doubt if this was intended, but it probably reflects the methods used, ie, weapons of mass destruction (fire bombing) with little or no ground supervision.  Hardly a “controlled burn”.

Below are two slideshows. The first one contains photos of Tarilta Gorge before the controlled burn. The second collection contains photos taken after the burn including on the walk. 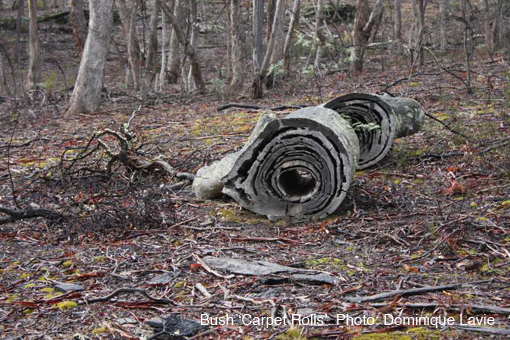 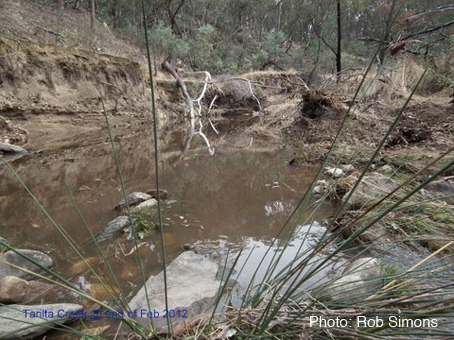 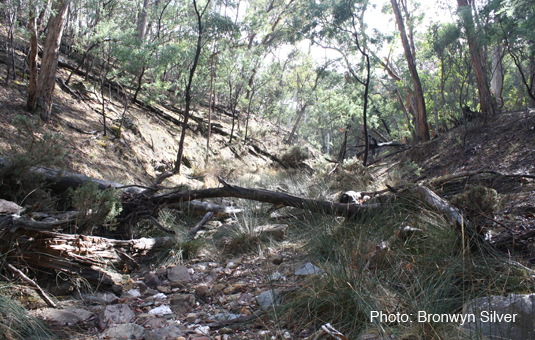 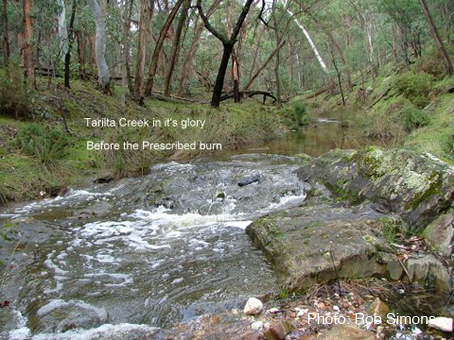 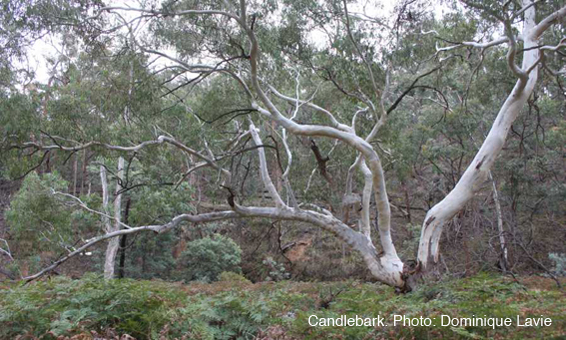 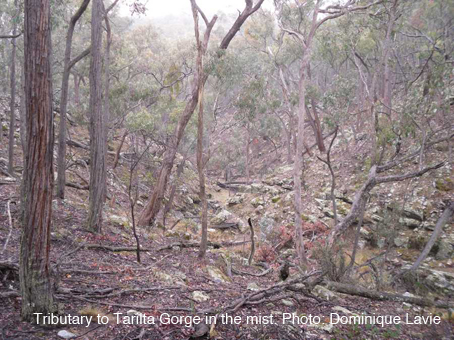 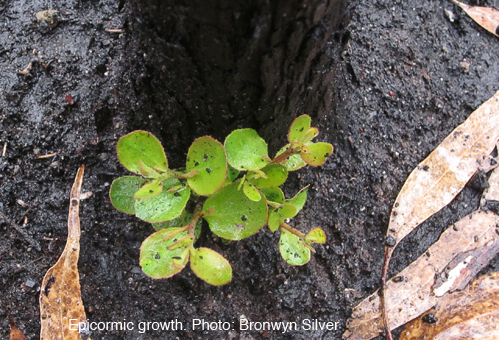 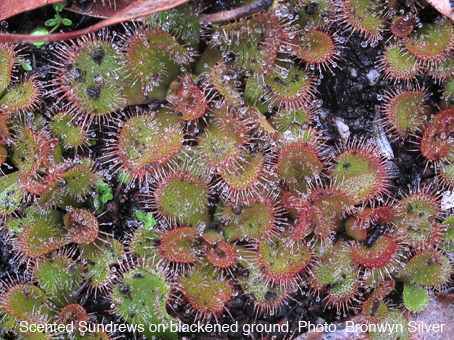 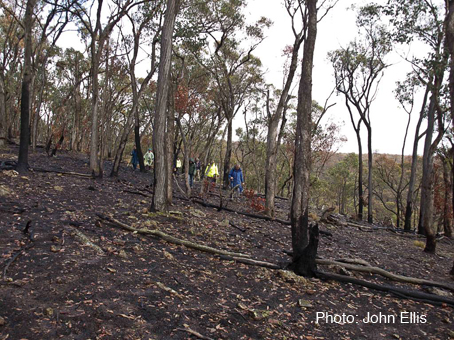 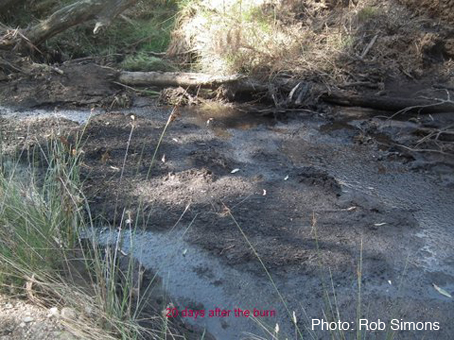 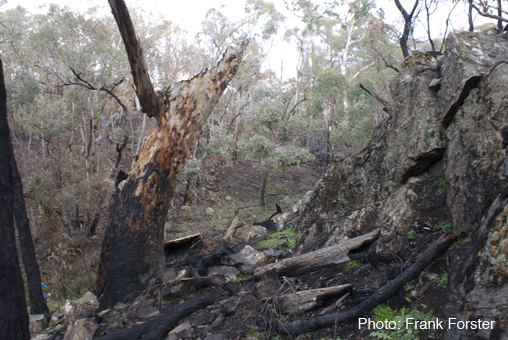 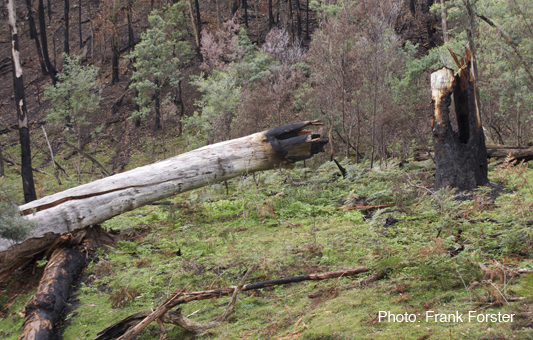 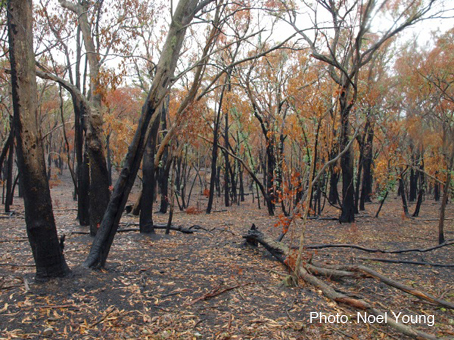 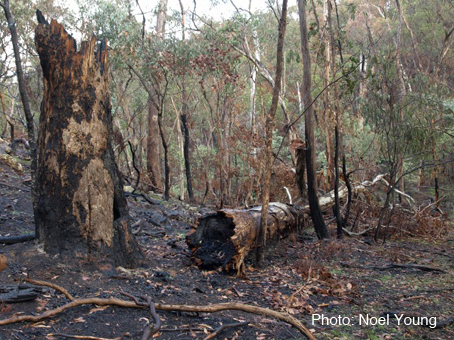 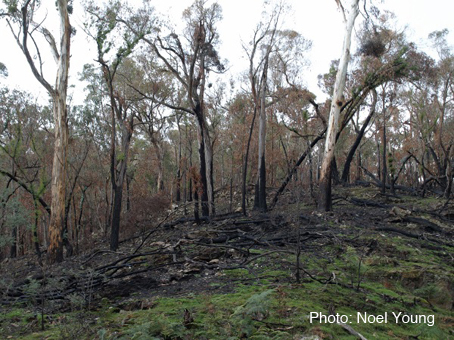 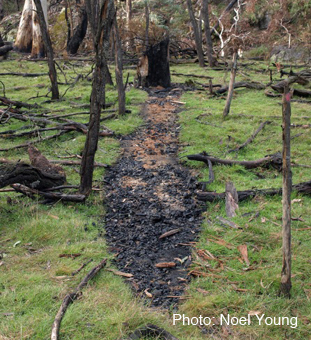 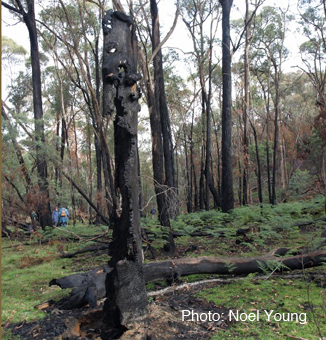 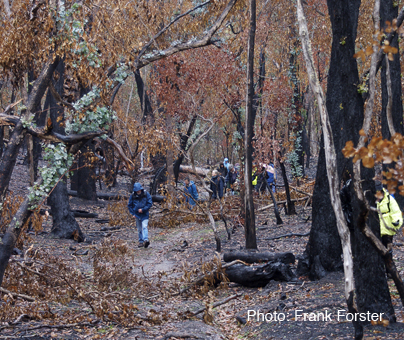 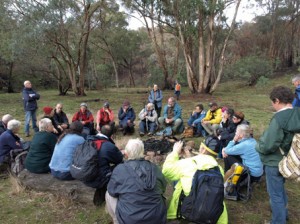 At the end of the walk there was a short discussion led by Doug about the area and the effects of the burn. Mount Alexander Shire Councillor, Christine Henderson, spoke about the Municipal Fire Plan which has just been released and encouraged walkers to submit comments to Council about the burn in this area based on their observations. See recent FOBIF posts here and here for more detail on this.

The July FOBIF walk on 15 July will be to the McKinnon property at Yandoit. Malcolm Fyffe will be the leader.