The State Government has released its response to the Victorian Environment Assessment Council’s  Remnant Native Vegetation report [see our May 24 Post on this].

VEAC made 13 recommendations, all designed to improve ecological connectivity between small parcels of land, encourage community involvement in management, maximise knowledge of biodiversity values and protect waterway frontages. The Government has supported twelve of the recommendations ‘in principle’, the exception being recommendation 12, to investigate the creation of new protected area systems in the North Western Victoria, Gippsland and the Central Victorian Uplands. What the in principle support means in practice remains to be seen.

VEAC’s recommendations and the Government’s responses can be found here. All are of interest. Among other things, the Council recommended that within 10 years ‘at least 75 per cent of public stream frontages abutting private land be managed, under grazing licence or other arrangements, primarily for biodiversity and water quality’ via measures like fencing out of stock, revegetation, and management incentives.

The Government also accepted recommendation 6, that ‘Managers, contractors and on-ground workers are made aware of their responsibilities and appropriate work 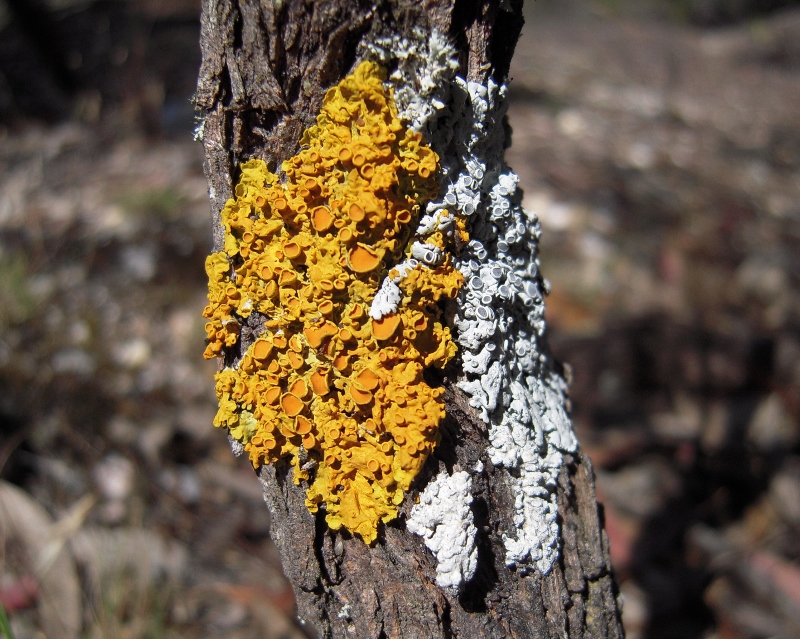 Lichen--probably Xanthoria sp--on a Cassinia stem in the Guildford Bushland Reserve. Such small parcels of public land are often unknown or hard to find, and their values unrecorded. VEAC has recommended that their ecological value be identified, mapped and made public. Photo:Bernard Slattery, December 2011

protocols whilst working around native vegetation, and that mandatory formal education and training be incorporated into all accredited training courses.’  Such training programs already exist, though they are patchy in their effectiveness, if we are to believe the evidence of road works and other activities in our local bushlands: but we can hope that the State Government’s ‘in principle’ acceptance of VEAC’s recommendations will bring about some improvement in the culture of land management.