Scottish, but not Scotch

The plant below is Spear Thistle, Cirsium vulgare, the most widespread plant in Victoria and, according to naturalist Ern Perkins, by far the most common thistle in this region. It’s commonly but wrongly called Scotch thistle. That ‘honour’ belongs to a vaguely similar looking plant, Onopordum acanthium which, interestingly, isn’t of Scottish origin at all, and is not even common in Scotland–unlike Cirsium, which is. Figure that out: or, if you can’t, check out the Viridans data base, which has some curious facts about the legend surrounding the name ‘Scotch thistle.’ [As far as we know, the Scots never refer to themselves or anything in their country–even whisky– as ‘Scotch’, anyway.]

Cirsium was one of the earliest plants to be declared a weed in Victoria, in 1856. Our photo was taken in a management burn zone at the south end of the Diggings Park, where FOBIF members have pulled out many plants vigorously regrowing in the ash. 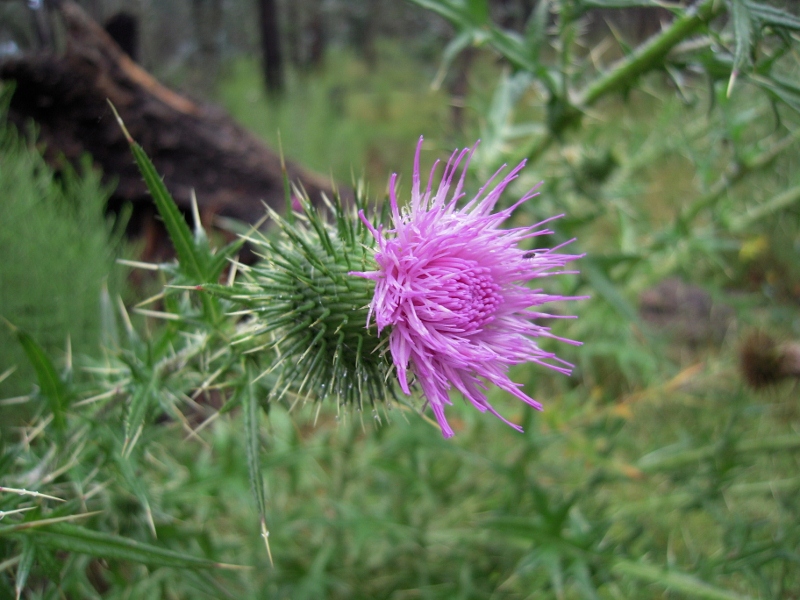 This entry was posted in Weeds. Bookmark the permalink.