The migratory birds of the Box-Ironbark Forests

In the Box-Ironbark forests quite a few bird species come and go with the seasons. Over many years a lot of people have contributed to surveys for the Birds Australia Atlas or Birdline and similar. These records have now been put together and presented in a variety of ways, including interesting animations of the migratory patterns of birds. This is all part of the Greater Eastern Ranges Initiative (GER). Although based in NSW, their web site presents useful information about bird migrations in our area as well.

Why do birds migrate? Lots of reasons such as food availability, weather and suitable nesting sites. How they actually manage accurate navigation is another issue altogether, with lots of research aimed at working out this puzzle.

So, let’s have a look at some of our local migratory birds. 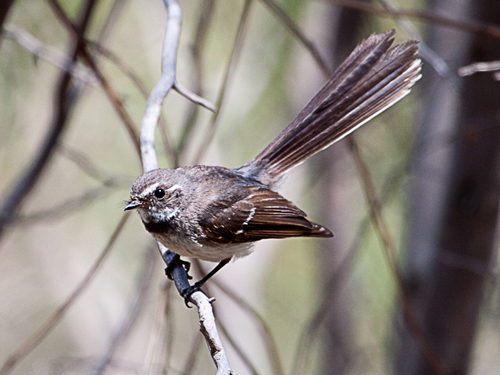 Although some of these birds seem to be resident all year, the majority move further north for winter. Click here to see how Grey Fantails move around. 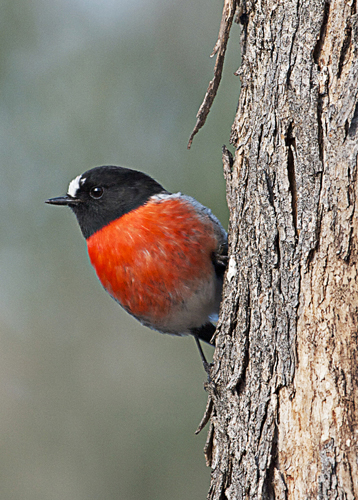 Both the Scarlet and Flame Robins move in and out of this region with quite marked changes in area between the seasons. Click here to see where they go. 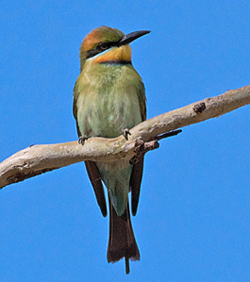 A real long-distance traveller, the beautiful Rainbow Bird (or Rainbow Bee-eater) can travel from as far afield as Papua-New Guinea, the Solomon Islands and Indonesia down to Newstead and beyond. Their movements can be viewed here. 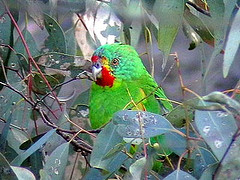 And of course the box-ironbark area is well known for the Swift Parrot – a regular winter visitor, particularly around Muckleford. There is still a lot to learn about this species. Their movements can be viewed here.