Two FOBIF members went to Walkers Swamp on the Moolort Plains recently. They wanted to observe the abundant wetland birdlife Geoff Park has been documenting on his blog, Natural Newstead, for the past year or so. It was a still and sunny morning so the swamp with its reflections of Red Gums looked at its best. 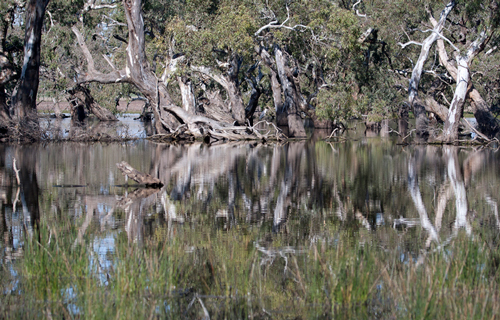 Most of the birdlife was fairly distant but we did manage to capture a White-necked or Pacific Heron Ardea pacifica sunning itself and a Striated Pardalote Pardalotus striatus in a nearby tree. 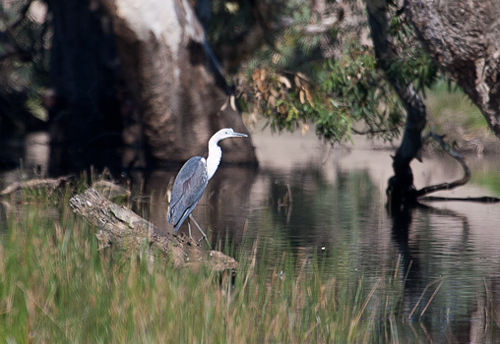 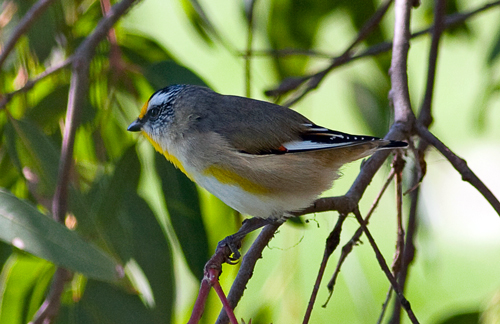