Small birds – how to identify them

At this time of year, the Box-Ironbark forests are alive with birds – you can hear lots of different calls and see movements in the trees – but what are the common birds in the forests?

Throughout the Box-Ironbark forests there are a range of small birds – the “Little Brown Jobs” – that are tricky to identify, but worth the effort as they are fun to watch.

These birds tend to be on lower vegetation and are easy to see. Their colours help a lot in identifying them, especially the males.

The Scarlet Robin Petroica multicolor is the brightest coloured and can often be seen foraging for insects from low branches. 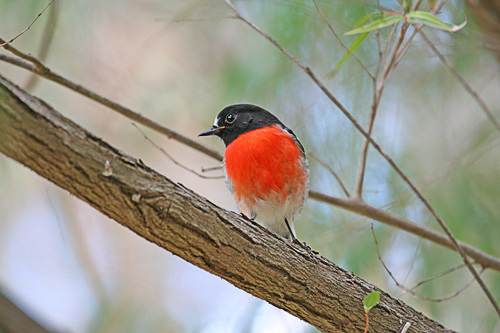 The female has a much less striking plumage. 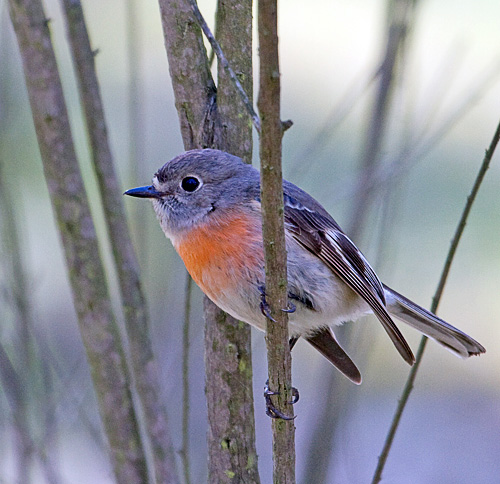 At first glance, the Flame Robin Petroica phoenicea appears a bit like the Scarlet, but its rich flame-coloured breast extends all the way up to the bill, unlike the Scarlet which has black at the throat. 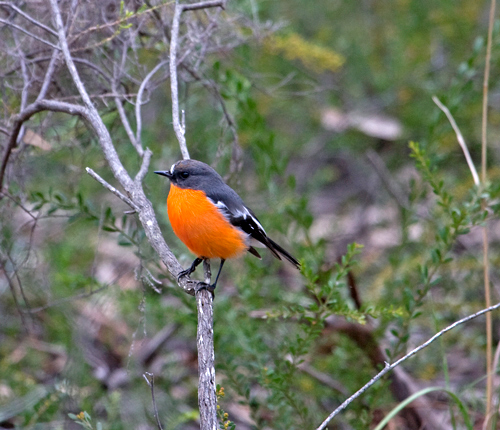 A more subtly coloured member of this family is the Hooded Robin Melanodryas cucullata. Quite a distinctive colouration. 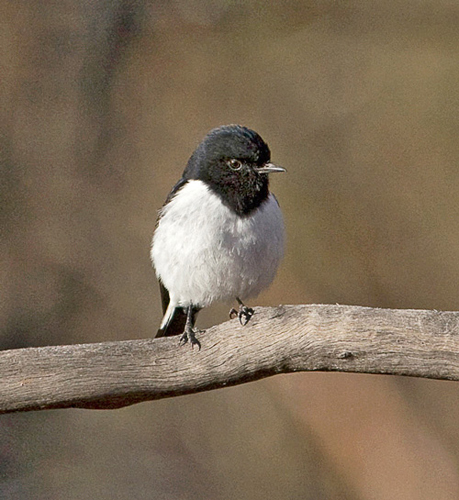