The more noisy and active of the birds are the Honeyeaters, often flying rapidly between trees, calling loudly and chasing one another. The Red Wattlebird Anthochaera carunculatais is the largest and most aggressive, chasing all comers away. 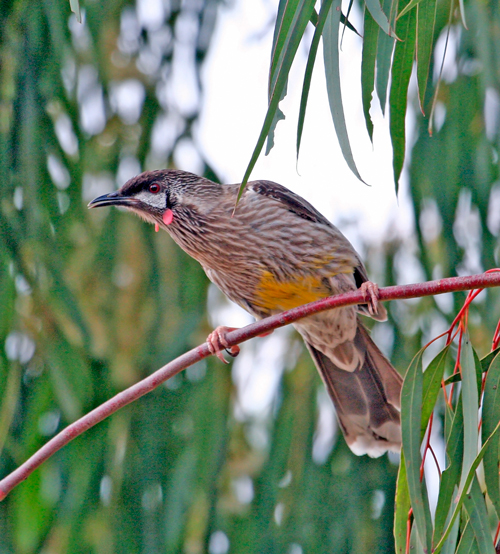 
One of the most common honeyeaters in the Castlemaine area is the New Holland Honeyeater Phylidonyris novaehollandiae. WIth a striking black and white plumage with a hint of yellow, it is hard to mistake it for anything else. 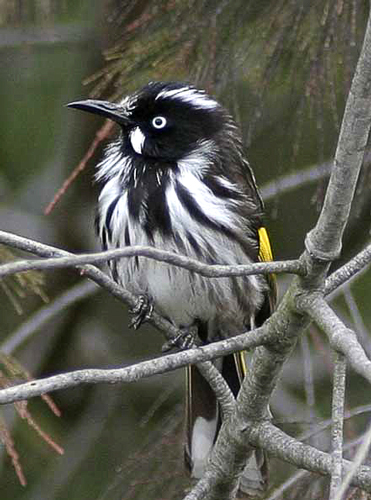 Another very active honeyeater is the White-plumed Honeyeater. A pale green and grey bird that is often in groups flitting quickly through the foliage. 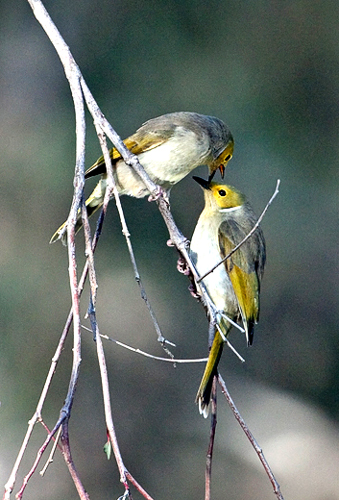 The Fuscous Honeyeater Lichenostomus fuscus has a similar colouration to the White-plumed, but has yellow rather than white highlights. Another fast moving bird seen in lower vegetation. 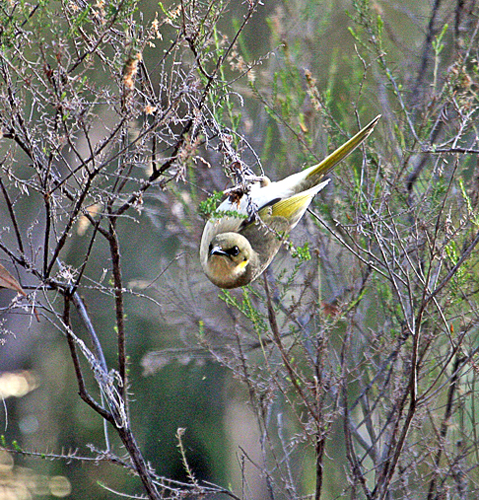