From a few feet away they just look like vivid splashes of various shades of green. Close up, mosses are very different from each other. The Rosalubryum below has characteristic nodding capsules, for example. They’re barely visible to someone standing up–but well worth getting down for a close look: 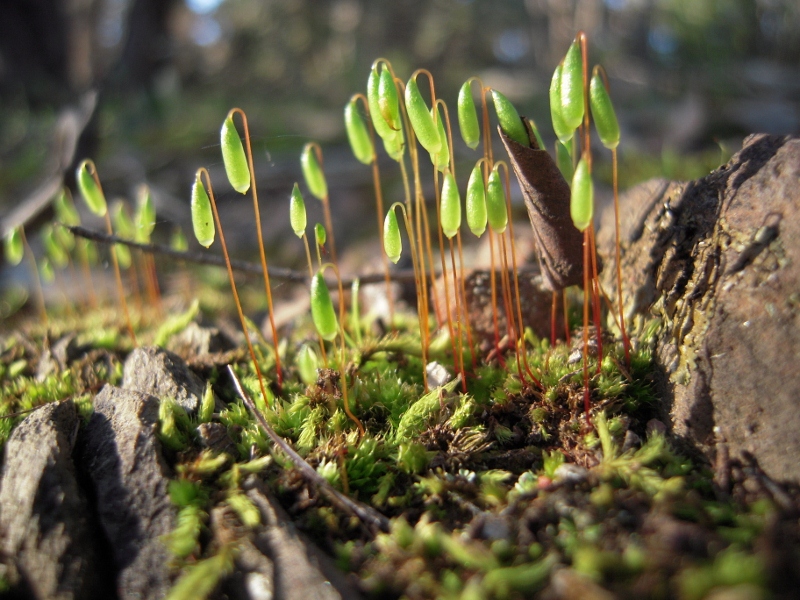 Rosulabryum sp, Cobblers Gully August 3: the stalk is only one or two centimetres tall, but close up, with its red colour and drooping capsule, it's very distinctive. Photo, Bernard Slattery

The moss itself is also distinctive, shaped like a tiny green rosette: 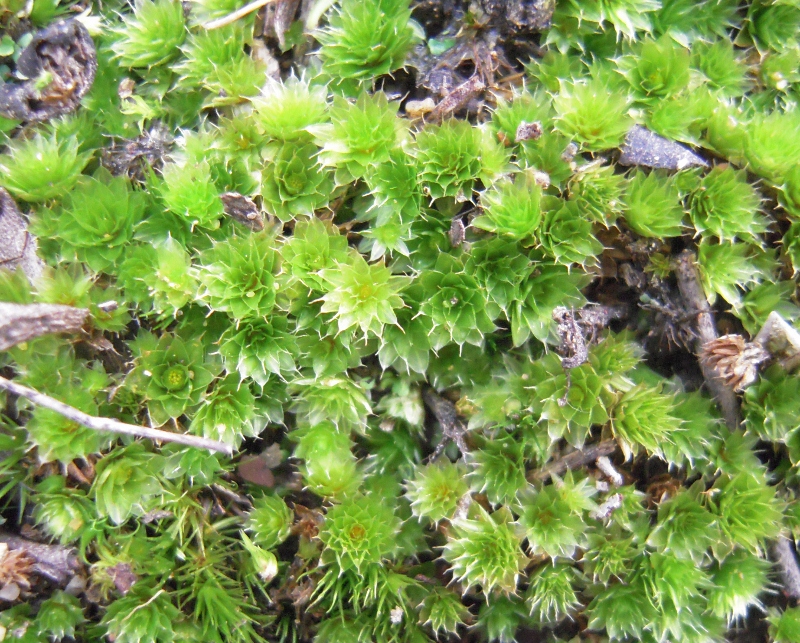 From a distance the Rosulabryum is just a dark green satin surface. The delicate rosettes are clearer if you get down and peer at them. This moss--with and without capsules-- is prolific along the track in the Walmer South Conservation reserve, where this was taken on August 4. Photo: Bernard Slattery

Now is the time to get out and have a look at the wonderful moss carpets in our bushlands. We had great rain last year, and through the summer, but since March, our rainfall has been about 15% below the long term average. Already some of the mosses are starting to look a bit dry in the early August warmth–so maybe the season won’t last much longer. Of course, with a new burst of rain they can recover remarkably…but why wait?