Next Sunday’s walk, Beyond the Res (11), will go ahead but people will have to register with FOBIF beforehand (info@fobif.or.au) New regulations in regional Victoria allow 10 people in a group outside. We will have 2 groups of 10, one led by Barb Guerin and the other by Lionel Jenkins. Due to current regulations masks must be worn on the walk. You can find out more about the walk here. We will be meeting as usual outside the Community House in Templeton Street at 9.30.

Posted in News, Walks | Comments Off on August 15 FOBIF walk

Pea, legume, or bean?  What does it mean?

“Everything you wanted to know about the plant world’s third most diverse family but were too afraid to ask”.

Yes, the “Fabaceae” family, aka peas and relatives has just won the bronze medal for species diversity (right after orchids and daisies)!  But was it cheating by branch stacking?  This family recently experienced a dramatic increase in the number of its species.

Ian will reveal answers to all these questions and more as part of the launch of FOBIF’s marvellous identification booklet: “Native Peas of the Mount Alexander Region“. 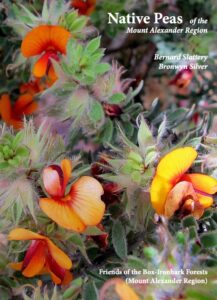 We are not sure what the arrangements will be for the scheduled walk on August 15 Beyond the Res (11) due to restrictions on the numbers allowed at outside gatherings. We may have to cancel the walk or have limited numbers.  Check this website next week for more information.

Posted in News, Walks | Comments Off on FOBIF’s 15 August walk

In a recent post we reported on the Victorian Government decision to create three new national parks in central-west Victoria. Alison Pouliot comments below on proposed long delays in stopping logging in these parks. She has also produced a terrific video, ‘Listen to the Forest’, on the ecological importance of the forests (see link below).

The fight for the proposed Victorian National Parks must continue . . . .

Following years of campaigning by conservation groups, the Victorian State Government recently announced plans to enact three new National Parks in central-west Victoria (Wombat Forest, Mt Cole and Pyrenees Ranges). While this is very welcome news, extensive logging by VicForests will be allowed to continue in the latter two until 2030. Commercial quantities of firewood will be extracted in the Wombat forest for the next four years.

The environmental values of these forests are likely to be severely compromised by the time the National Parks are legislated. These forests contain the headwaters of major river systems, threatened species habitats and are an oasis of biodiversity in an otherwise highly fragmented landscape. It is vital that the proposed new National Parks are urgently declared and legislated.  We cannot wait until 2030.

and tell them why the forest is important to you and why the parks need to be urgently legislated.

You might also like to view this short video about these forests and the proposed parks by Alison Pouliot – Listen to the Forest or read the Victorian Government’s response to VEAC’s Central West Investigation. 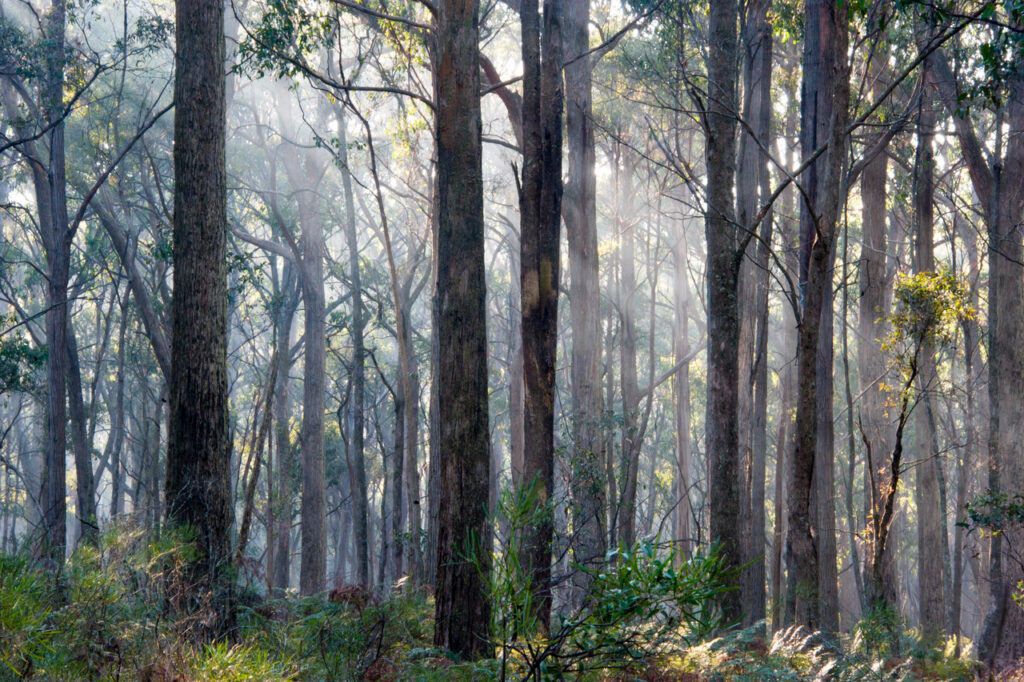 Flood disasters (1): cautionary tales for us, too?

Last week’s floods in Europe were horrific, and we must be moved by the sight of helpless people sorting through their destroyed homes.

Victims must be helped, and lives rebuilt…and, of course, lessons should be learned. Already there’s a sense of urgency in Europe about climate change: for decades scientists have been warning of increased frequency and severity of disaster events like this. This matter has been settled in Europe, in theory at least: unlike in Australia, European leaders seem to know how to add two and two to get four.

A matter getting less publicity is urban planning. Have a look at this map of the Arh river, a tributary of the Rhine: 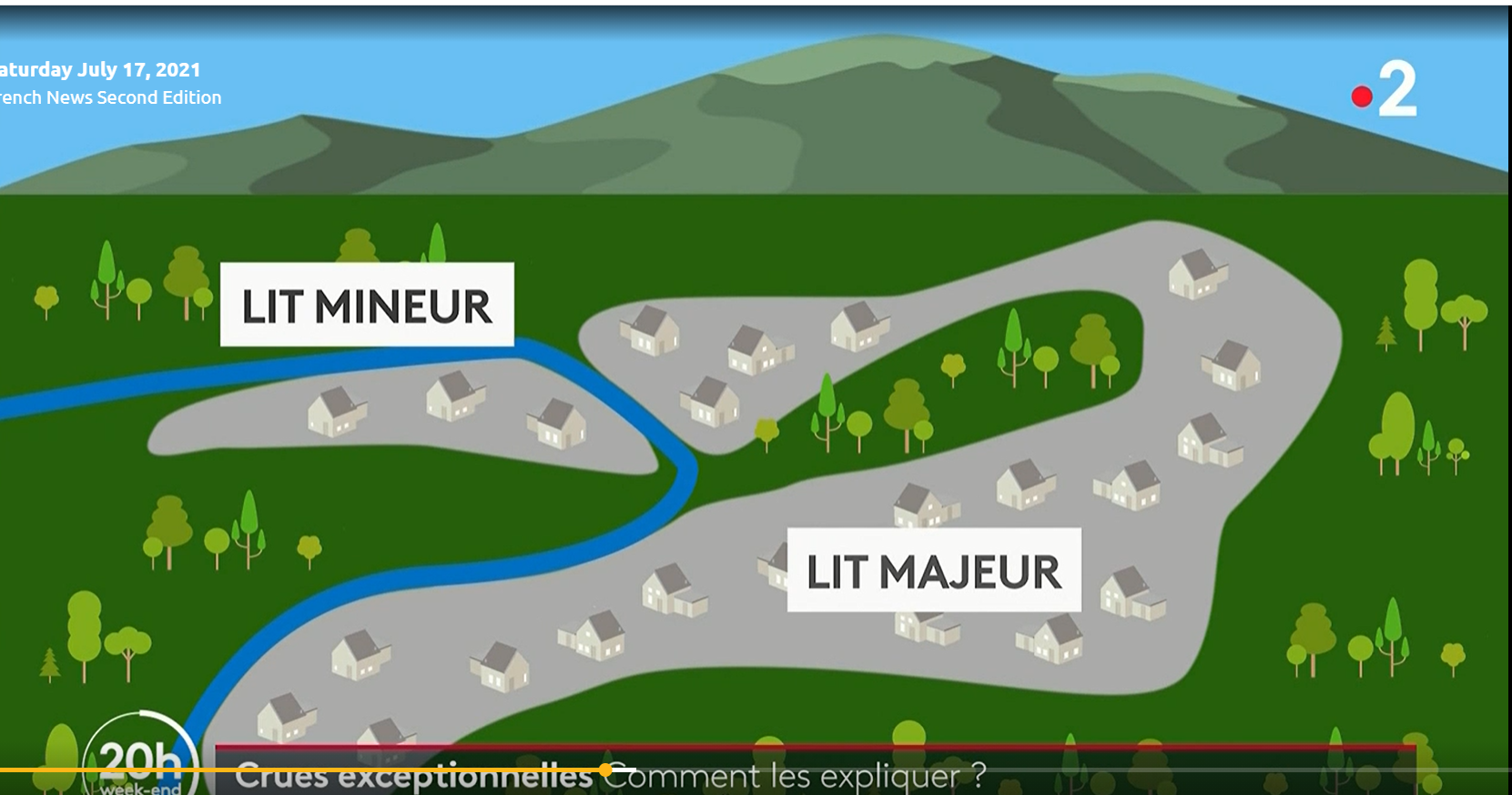 The Ahr river: Lit mineur is the river’s normal course. Lit majeur is the flood plain. (From France 2 Television July 17).

The area in grey is the river’s flood plain, on which numerous houses have been built.

Now have a look at this one, of the flood zone: 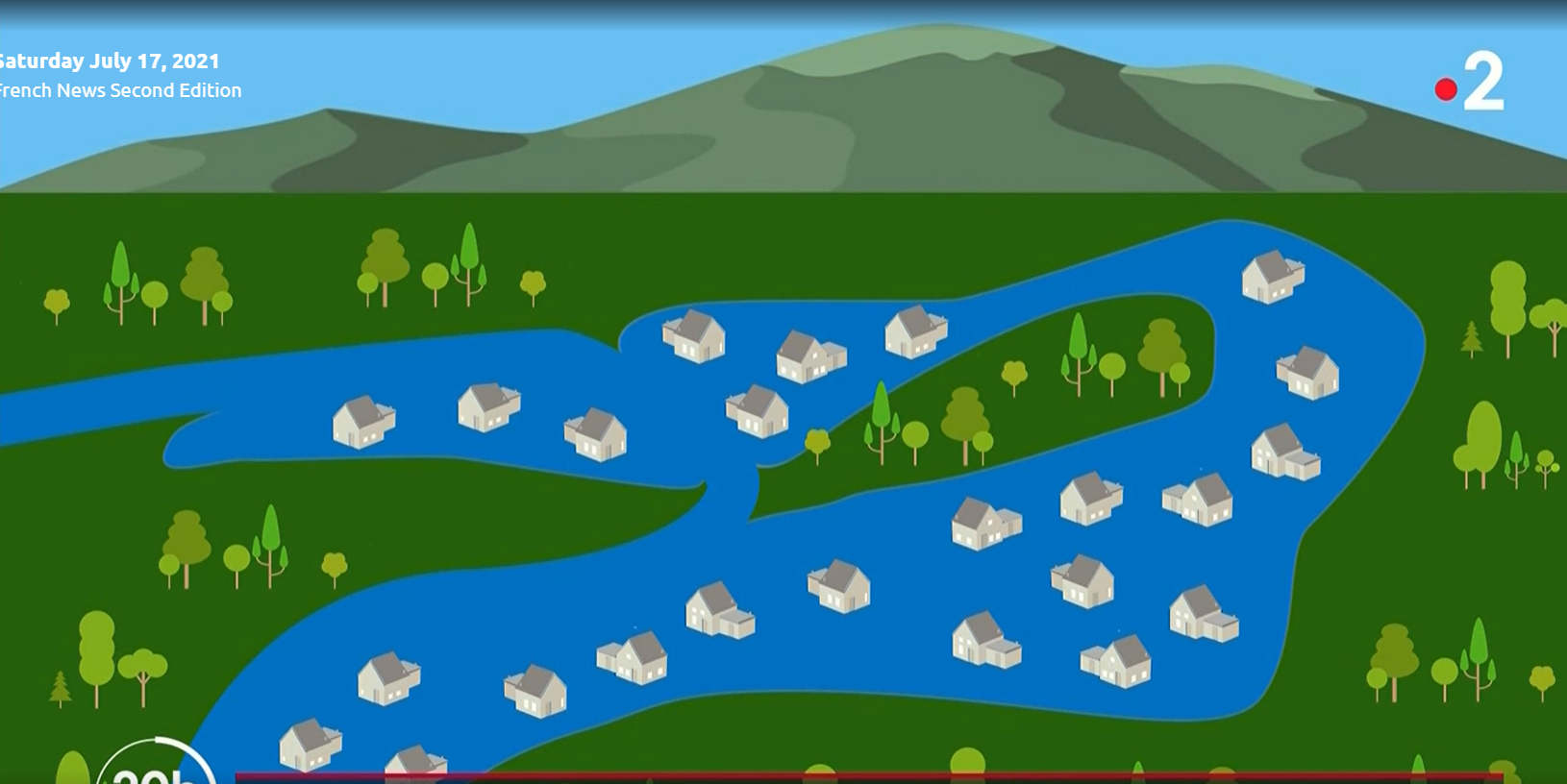 After recent heavy rain the river naturally spilled onto its flood plain, inundating houses built there. (From France 2 television).

Of course, in time of torrential rain, rivers flood onto their flood plains. And, according to New Scientist magazine,

‘On many major European rivers – including the Danube and Rhine – more than 80 per cent of the low-lying land, where rivers naturally spread during high flows, has been barricaded by flood defences, drained and built on… In Hungary, for example, almost a fifth of the population lives on floodplains…

‘Besides being bad for natural ecosystems such as wetlands, corralling rivers within their banks increases the risk of flooding… This is because the barriers raise river levels higher during floods. Somewhere, they will inevitably burst their banks, flooding homes and streets.’

A European Environment Agency 2016 report predicted a five fold increase in flood events by 2050. It estimated that four fifths of the resultant damage would come from building over flood plains.

Posted in News | Comments Off on Flood disasters (1): cautionary tales for us, too?

Disasters (2): are we paying attention?

While Europeans count the cost of last week’s catastrophe, it might be worth while considering our own situation. Although we at FOBIF are a bit worried about our tendency to repeat ourselves, here we go again: this is from our report on last year’s Royal Commission into natural disasters:

‘The 2004 National Inquiry on Bushfire Mitigation and Management, said that, to reduce natural hazard risk from bushfires: Planning processes [should] ensure that built assets are not placed in areas of high fire risk and that structures meet standards of construction that reduce their vulnerability.’

[2020] ‘Currently, all states permit homes to be built in bushfire and flood prone areas, and the degree to which planning or building standards act to mitigate risk varies across jurisdictions’…

‘…there is still clear evidence of recent planning decisions placing communities at a known and obvious risk of disaster. For example, development in the suburb of Idalia in Townsville is only partially completed, yet it was significantly inundated by flood in February 2019.’

Oh well. As the Commission sadly noted, Australia has now had 240 reports into natural disasters. And maybe we’ll have a few more before too long…

Posted in News | Comments Off on Disasters (2): are we paying attention?

We regret that the COVID lockdown has meant we have had to cancel Sunday’s FOBIF walk. The Beyond the Res (II) walk will now take place on August 15 and the Mount Alexander walk planned for that day will be postponed to 2022.  Contact Lionel Jenkins or Barb Guerin 5472 1994 or 0402 427 162 for more information. Please check this website prior to the walk in case of further changes.

FOBIF’s 2021 AGM will be held in the Senior Citizens Hall, Mechanics Lane Castlemaine  (that’s right next to the library), on Monday August 9 at 7.,30 pm.

The guest speaker will be Ian Higgins, who will talk about native peas in the region–we hope it will be a kind of delayed launch for our guide, released under Covid conditions early this year (but still selling well!).

Nominations are now open for the FOBIF committee. You don’t need a special form to nominate. All that’s required is that you be a member, and that your nominator and seconder both be members. Nominations should preferably be in to the secretary before the meeting.

Central West forests: on the whole, a good outcome

You wouldn’t know it from the thunderous silence in most of the media, but last Thursday the Victorian Government tabled its long delayed response to the recommendations of VEAC on the Central West forests. (see our reports on this saga here and here ). 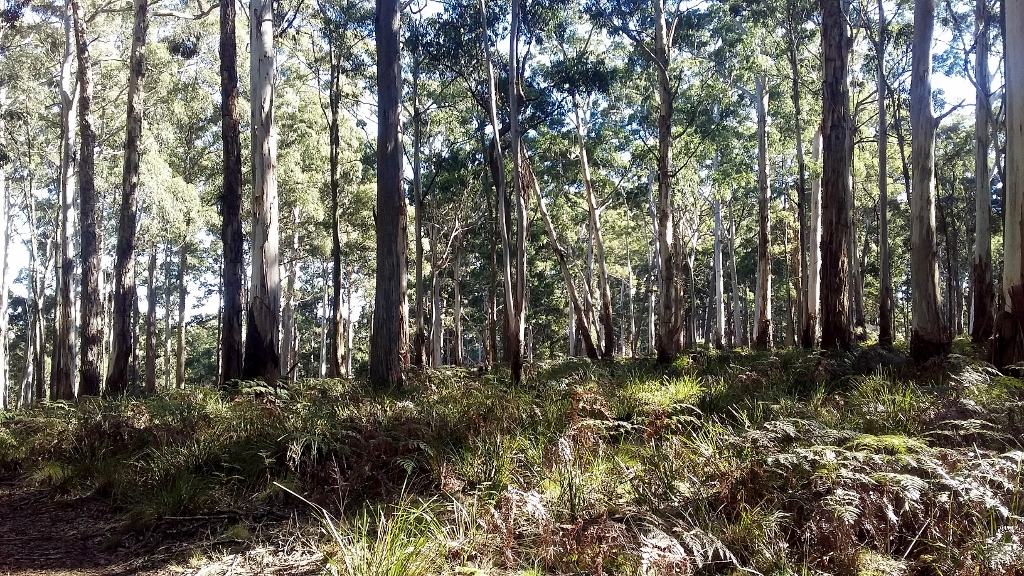 The government has accepted the VEAC recommendation for a new Wombat-Lerderderg national park.

Here’s an abridged report from the VEFN:

‘The Government’s response comes just over 2 years after the VEAC Final report was released on 21 June 2019. The response was tabled in parliament without any explanation of the extensive delays.

‘Environment groups such as Wombat Forestcare and VNPA  who have long campaigned for the creation of these National Parks, welcomed the Government report, but expressed caution that the fight is not entirely over.

‘Government legislation is required to give effect to the key recommendations and this could take at least 12 to 18 months. While exploration and mining will naturally be excluded in the new National parks, this will not apply to continuing operations within existing permits and licences. A number of companies have moved to peg exploration licences across the area since the release of the VEAC recommendations in June 2019.’

Full details on this matter will emerge as the legislation is developed.

Wildlife: what is it, and what should be done about it?

FOBIF  has made a submission to the Independent review of the 1975 Wildlife Act. The essentials of the submission are to support

–removal of the protected status of deer

–removal of native birds from the definition of ‘game’

–creation of wildlife protection zones, and

–provision of a clause in the Act obliging land managers to actively conduct public education programs on the value of wildlife habitat, and constructive attitudes to wildlife.

The full submission is set out below:

We wish to offer the following comments: END_OF_DOCUMENT_TOKEN_TO_BE_REPLACED

Posted in News | Comments Off on Wildlife: what is it, and what should be done about it?