When it rains, it roars

La Nina is rolling on, and maybe we’re in danger of forgetting what it’s like when the country is turning to dust! Solid rain last week brought sights we’ve seen intermittently, but not too often in the last twenty odd years: including rivers in spate.

Have a look at the photos below, of the Coliban river upstream of the Gibbons bridge. The normally placid (or maybe tamed?) stream, cut in two by the Malmsbury/Upper Coliban dam system, found a bit of high energy last week. The levels weren’t as high as some of the epic flows of the past, but they were pretty impressive, and the waterfalls and rapids both on the river and its tributary Granite Creek put on a mighty roar. 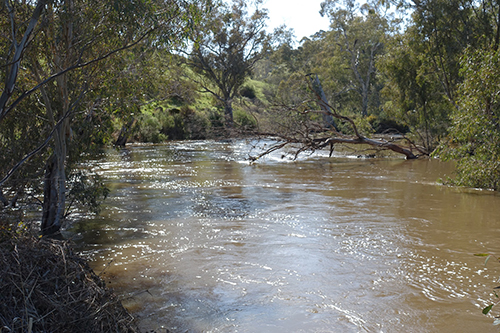 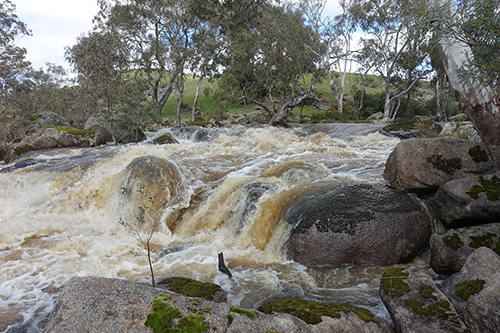 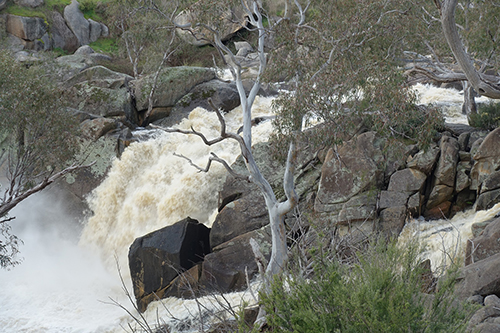 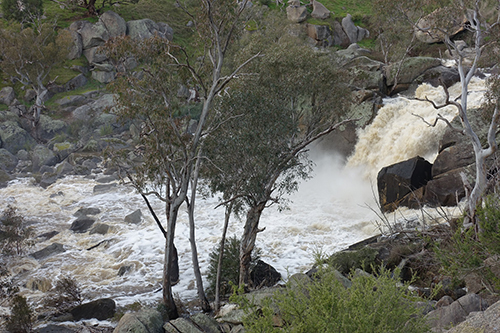 If you want to know a bit more about this short (by world standards) but wonderful river, check out Along the Coliban, a journey through landscape and time, by Brian Coman, with photos by Harry Oldmeadow. The book is a collection of insights and reflections on social, historical and environmental themes. Coman, who grew up in the country of the upper Coliban, offers a very personal view of the river, packed with fascinating info and occasionally provocative views. We don’t have the space to do justice to a book which has a crack at subjects as diverse as murder and biodiversity, but here’s a sample passage to give an idea of its quality:

‘An upper catchment with poor retention also means less groundwater. Picture…the original condition of the upper catchment: heavily timbered, and with a great deal of bark, sticks, twigs and dead leaves forming a blanket on the ground below the trees and understorey shrubs. When heavy rain arrives, it is first arrested by the leaf canopy, thus breaking its velocity. When it does hit the surface it must first penetrate the layer of surface litter before percolating into the actual soil. This is a much gentler and longer lived percolation than that occurring on bare or thinly vegetated soil and much more water is delivered to the water table and hence, to the river itself.’

Now that’s a view of leaf litter we can subscribe to.

1 Response to When it rains, it roars