The stimulating route wound through some of the more obscure corners of the south end of the Diggings Park, including the high ridges north of Sebastopol Creek, slated for burning by DELWP in 2024 or 2025. This is one of the most intriguing and diverse sections of the Park. The walk ended in a stroll along the Loddon from Glenluce to Vaughan Springs. Fungi and mosses were abundant, five species of wattle are already in flower, and among other things there were great shows of Hakea and Common Heath.

The group took a little more than the predicted 6 hours to complete the course—OK, an hour more: that’s what happens when you pause too often to enjoy the scene.

Many thanks to Jeremy Holland for devising a terrifically interesting journey. Next month’s walk is in the Metcalfe NCR: check the program for details. 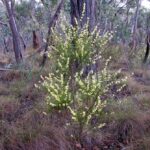 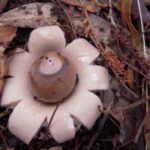 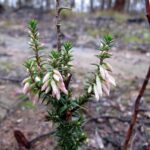 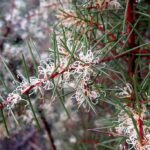 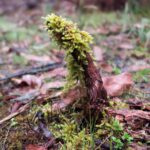 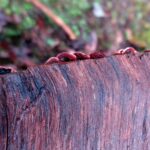 The pace was leisurely giving plenty of opportunity for flora observation and identification. Here Frances with her expert plant knowledge and fungi authority Joy Clusker were continuously helpful. Plants in flower included Ploughshare Wattle, Woolly Wattle, Rough Wattle, Golden Wattle, Bushy Needlewood, Common Correa, Common Heath and Downy Grevillea. Moss, lichens and fungi were abundant. There were plenty of other plants about to flower so the area is well worth another visit in the next few weeks.

Thanks to Frances and Mike for planning the walk and Joy, Judy and Philip for sending in photos. 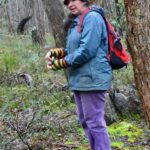 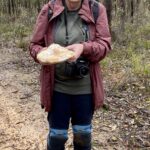 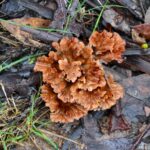 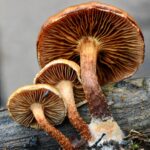 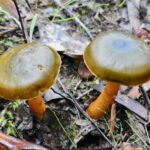 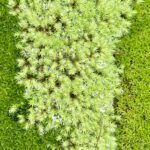 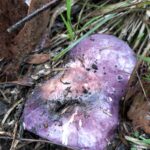 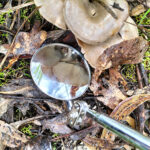 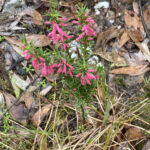