There’s not a great deal to be rejoicing about right now, but here’s one thing, a report by John Walter in the latest edition of Wombat Forestcare newsletter:

‘As a regular visitor to our forests, woodlands and grasslands, I can report that one of the great pleasures that one can receive is the finding of a new plant or fungus during your field trip. 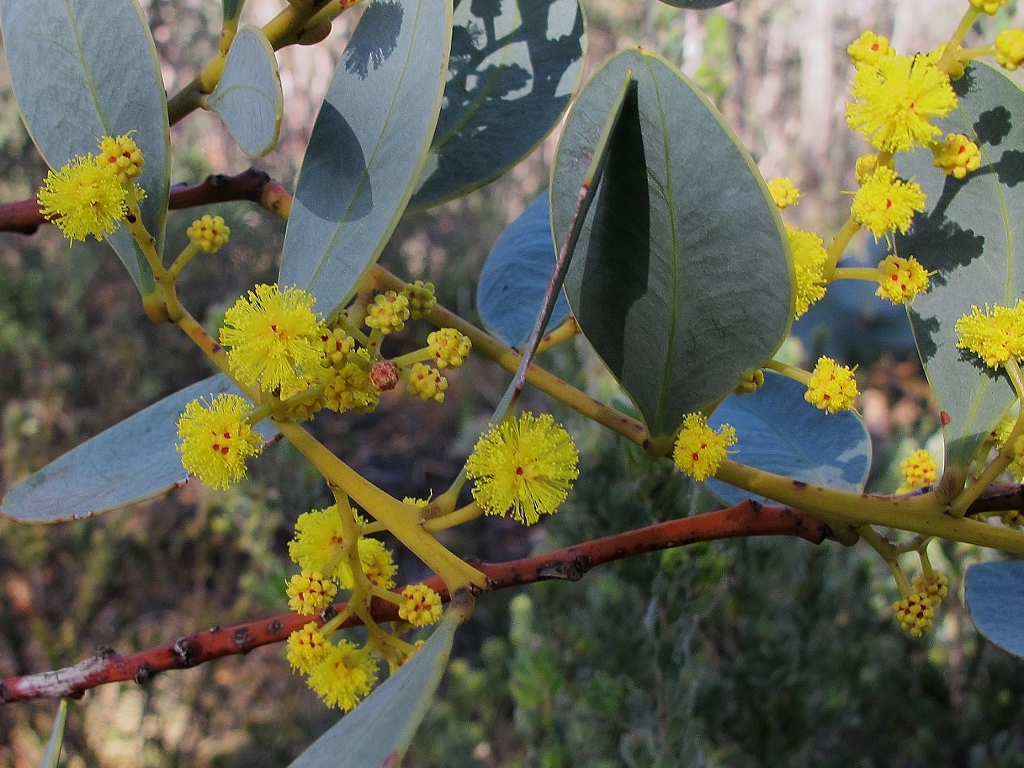 ‘Clusters of bright yellow flowers caught my eye and I quickly realised I was looking at an Acacia species that I had never seen before.’ Rare and endangered Acacia sporadica, Fryers Forest.

‘New does not have to be new to science to make it exciting, it could simply be a new species that you have not seen before or perhaps a species that you have not seen in a particular district. In my role with the Upper Campaspe Landcare Network, I have been spending a lot of my time chasing down as many of our insect pollinator species as I can. In September, I became the entire survey team for the project as Covid lockdowns prevented the core team from travelling interstate and up from Melbourne.

‘While finding and photographing new and interesting insects is exciting enough for me, on September 7 I was looking for an ideal location in the Fryers Ranges to conduct the first of our early spring pollinator surveys. The flowers at my proposed site were plentiful but the day simply was not warm enough to make the insects active so I walked a little further into the woodland to see what else might be flowering.

‘Clusters of bright yellow flowers caught my eye and I quickly realised I was looking at an Acacia species that I had never seen before. I knew of Ern Perkins’ record for Acacia sporadica and had previously attempted to locate those plants without success, and as these plants were about 500 metres away from Ern’s record, I had my suspicions that the new plants would prove to be Acacia sporadica. The plants were growing in clusters ranging from 10 stems up to 150 stems in each cluster. I located 17 clusters plus a number of apparently single stemmed plants that might prove to be additional plants or perhaps an outlier from one of the main clusters. In all, I counted over 600 stems and virtually all of them carried the bright golden flowers making quite a sight against the glaucous foliage

‘I confirmed my suspicions regarding the identity of these plants once I returned home, and then discovered that A. sporadica is listed as critically endangered in the June 2021 threatened species listings.

‘Finding the location of such a large population was very exciting and this species is only found in two other locations, one near Howqua and the other near Myrtleford in north-east Victoria. It suckers, forming clumps or clusters of stems up to 9 metres in diameter and apparently only rarely sets seed. One clump in the new population had over 150 stems and was easily 4 or 5 metres in diameter.

‘This new population would make the Fryers Ranges population the second largest and greatly increases the known population of this beautiful but endangered species.’