What? Rainforest valleys at Guildford?

Ordinary looking rocks can tell some amazing stories: that’s the magic of geology. We’ve asked geologist Clive Willman to write an occasional series of posts on what the stones of our region are telling us. This is his first:

An ancient river bed is beautifully exposed in Kennedy Street Castlemaine, along the west flank of Agitation Hill. This was an energetic stream in a period of high rainfall that was able to move sizable pebbles.

The mainly quartz pebbles were eroded from nearby reefs and their incessant bouncing along the stream bed sculpted many into rounded shapes. Similar deposits of sand, gravel and gold are preserved on nearby hills. 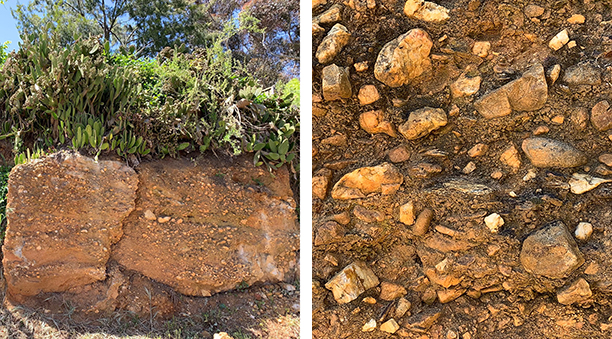 On Kennedy Street: what looks like an untidy  embankment tells an epic story.  These river gravels are the remnants of the ancient bed of Barkers Creek.

They are all remnants of the ancient valleys of Forest and Barkers creeks. Over time the streams meandered away, cutting deeper into the landscape, but the old deposits were left high and dry as hard hills. Fossil pollens at Guildford tell us these were cool rain-forested valleys, full of Nothofagus (the southern beeches).

Barkers and Forest creeks have a truly ancient history starting perhaps 40 million years ago, and remarkably, as the map below shows, the modern streams are still close to the original valleys of their ancestors. 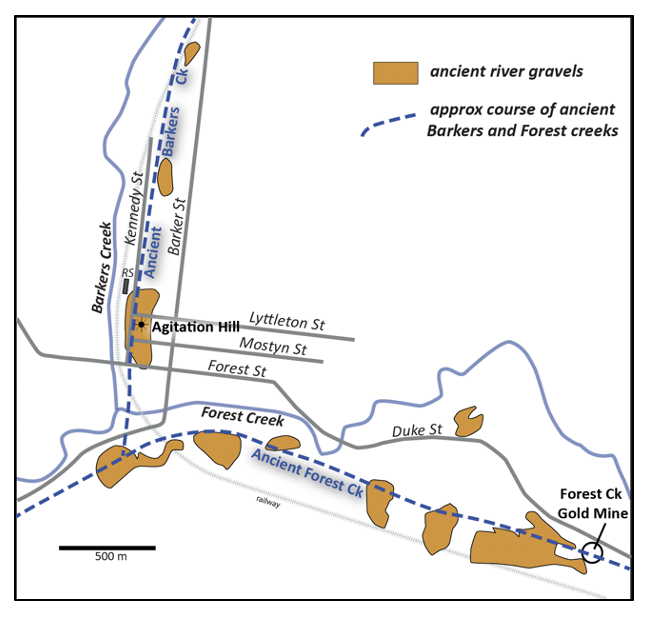 This is the first post in our geology series written by Clive Willman.

1 Response to What? Rainforest valleys at Guildford?