Readers will remember that a long time ago, before we started thinking about viruses and such, VEAC made some significant recommendations to the state government about the status of forests on the margins of our region.

The recommendations were moderate and closely argued. As we said at the time, ‘VEAC has clearly bent over backwards to accommodate conflicting demands for the Wellsford [The Council recommended that part of this state forest be included in the Bendigo NP, and part included in the Bendigo Regional Park]. The recommended changes would exclude logging: but regional parks are managed primarily for recreation, and allow practically all recreational activities apart from hunting. This latter is seen, logically enough, to ‘[conflict] with use by large numbers of other recreational users.’ 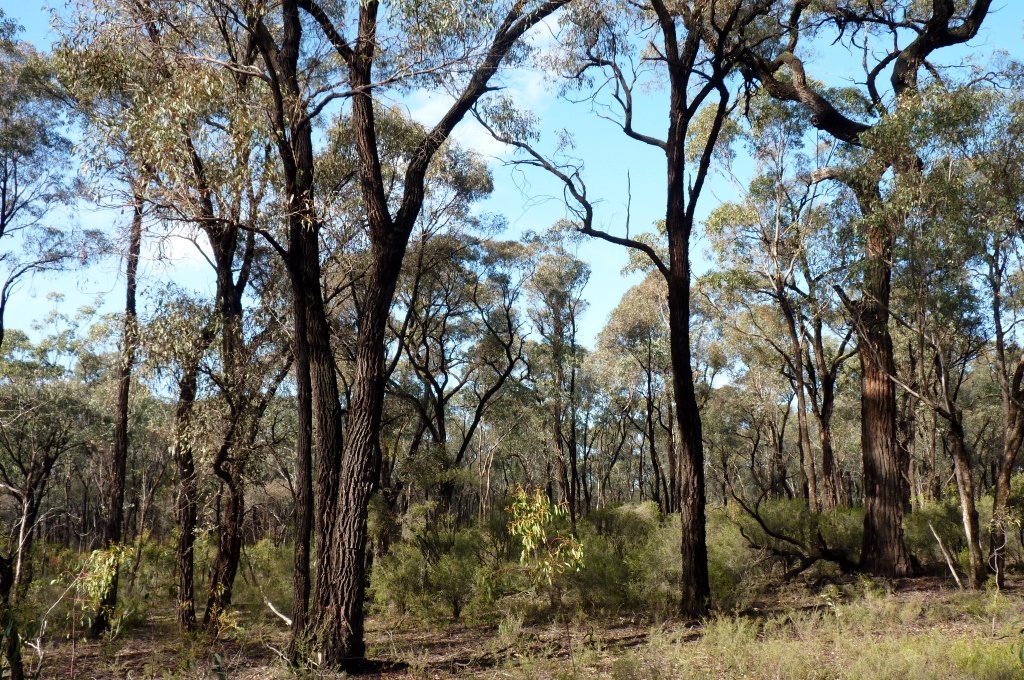 In the Wellsford Forest, site of some impressive Ironbarks. VEAC has recommended that part of this forest be included in the Greater Bendigo National Park,  but the State Government is mysteriously inactive on the recommendations. Photo: Geoff Lacey

What has happened to these recommendations? FOBIF has lent its name to a newspaper advertising campaign by enviro groups, noting, among other things: ‘The VEAC report was tabled in parliament over 18 months ago, yet the Victorian Government has found time to approve mining exploration leases and logging coupes in sensitive wildlife habitat, while ignoring the recommendations and missing legal requirements to respond. The response is now 12 months overdue.’

The full text of the advertisement follows:

An open letter to Premier Andrews:

It’s time to act for nature in Central Victoria

We write to you about the importance of implementing recommendations for new National Parks in Central Victoria.

In 2017 the state government requested the respected statutory agency, the Victorian Environment Assessment Council (VEAC), to undertake an investigation into public land in central Victoria. The areas included the publicly owned Wombat, Wellsford, Mount Cole and Pyrenees Ranges forests. The purpose of the investigation was to identify the natural and cultural values and make balanced recommendations about how to best conserve and enhance them.i

These recommendations v present an incredible opportunity for the Andrews’ government to create refuges for threatened animals and plants, protect the headwaters of significant rivers, increase rural and regional tourism, carbon storage and joint management with traditional owners.

It is now four years since the VEAC investigation began and in that time the long list of threatened species in Victoria has increased. The VEAC report was tabled in parliament over 18 months ago, yet the Victorian Government has found time to approve mining exploration leases and logging coupes in sensitive wildlife habitat, while ignoring the recommendations and missing legal requirements to respond.

The response is now 12 months overdue.

The latest Victorian State of Environment Report highlighted that Victoria’s natural environment is under significant stress. Most indicators in this report showed much of Victoria’s biodiversity and natural areas to be in a poor and declining condition. vi With the further devastating impacts of the recent bushfires many native ecosystems, plants and animals are now in further crisis.

The Victorian Government has identified climate change as one of the biggest threats to the future of the State, with warmer and drier conditions projected to have negative consequences for health, infrastructure, agriculture, water, biodiversity, and alpine and coastal areas. The forested areas of this investigation not only store millions of tons of carbon, this increases every year and contributes significantly to the mitigation of climate change.

A survey initiated by Sustainability Victoria showed that nearly 80% of Victorians surveyed are concerned about climate change, with the majority being very concerned.vii A poll conducted in October 2020 showed that four in five (81%) Melbournians support the proposals to expand National Parks in Victoria, around Daylesford, Woodend, Bendigo and Ballarat. The same poll found that more than half of Melbournians say that COVID-19 restrictions have made them value access to natural areas (56%), and National Parks (52%), across Victoria more. viii

A recent independent economic assessment of the proposed central west parks shows that new National Parks will return between double to four times what is invested. All scenarios assessed resulted in a net economic gain. For every $1 invested, there is a potential return of $2.30 – $4.80 at the societal level.ix New parks will protect wildlife, create economic opportunities, facilitate joint management with Traditional Owners in regional Victoria, and accelerate the post-COVID recovery.

Communities could be gaining new parks to explore. Wildlife could be gaining security and protection. Instead we‘re losing time, along with some of the most unique and vulnerable nature in our state.

The organisations listed below represent tens of thousands of Victorians and call on the Andrews State Government to protect these natural areas of central Victoria and immediately accept and implement the VEAC Central West Investigation recommendations.