Here’s a new friend you may not want to meet

The harmless, even charming looking plant below is Tribulus terrestris—variously called Caltrop, bindii, cat’s head, goat’s head, yellow vine. It’s a native of North Africa, now naturalised around the world, including Australia. It’s thought to have been introduced here as a contaminant in seed from the Mediterranean area, California or South Africa, and spread widely when its seed was caught in car tyres in the 1920s and 1930s. 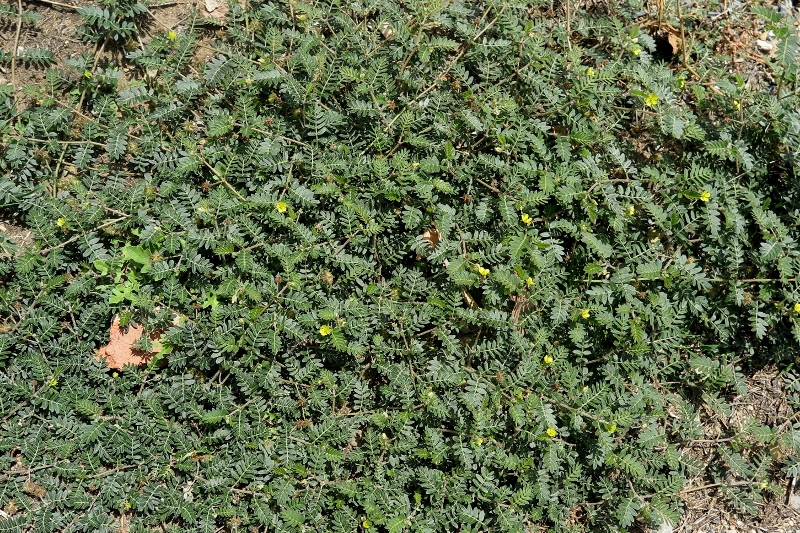 Calthrop/Bindii…a new arrival in our district: how did it get here?

A grisly list of the problems associated with this plant can be found here. They relate to the seed, a diabolical looking object vaguely like a land mine from an alien planet. It’s painful to stand on, punctures bike tyres and can stick to pets’ feet. Obviously not something to have to put up with on a sports field. 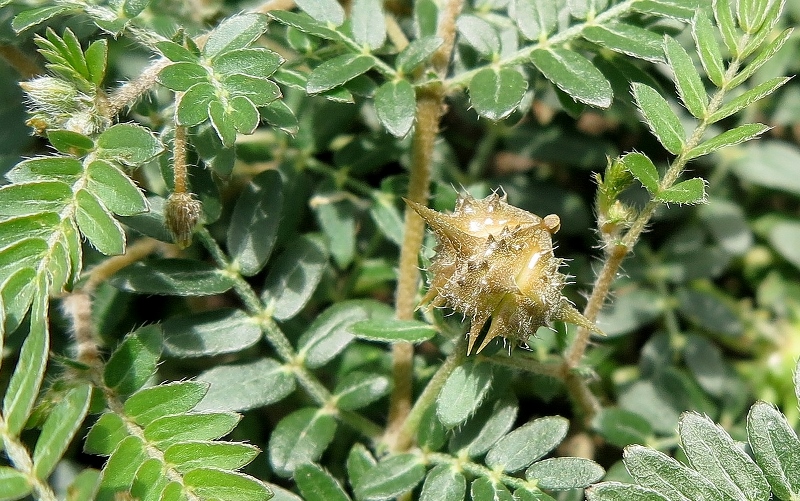 Caltrop seed: a glance will suggest why it’s painful.

Caltrop/Bindii is most commonly found in the North of Victoria, but seems to have recently arrived in Castlemaine, where it’s been found on the Western Oval and some roadsides. How did it get here? The common factor in all sites found so far is that they’ve been disturbed by road and other works, or seem to have soil brought in from elsewhere: another reason for paying more attention to the cleaning of machines, and for being more careful about transferring soil from one place to another.