Meanwhile, on the ground: fuel reduction at Spring Gully

DELWP conducted a fuel reduction burn in the area south of Jacobs track, along the Vaughan Chewton road in the week beginning November 18.  The fire was lit on the 18th before the dire weather forecast for the following Thursday was issued. As it happened, the burn passed without incident, though nearby residents were understandably concerned at the decision to light a fire so close to a day of forecast high temperatures and vicious winds. The fire did flare up in spots, but was controlled, and as of November 26 was still being patrolled. 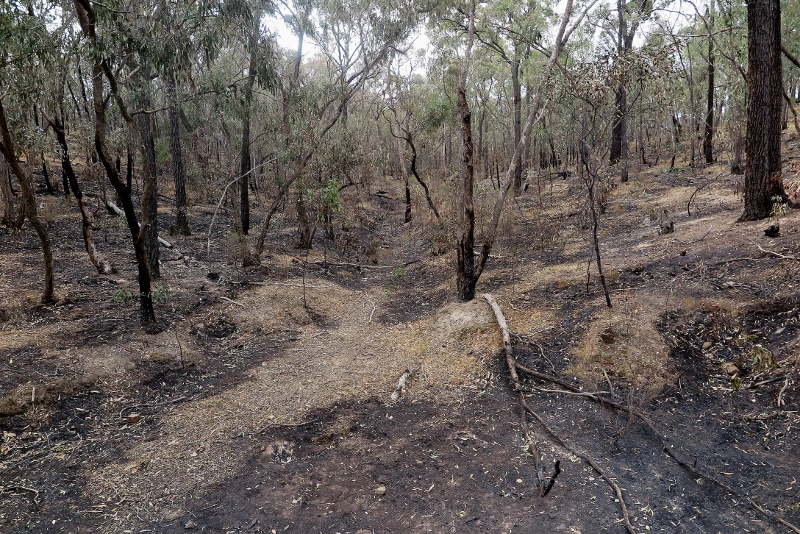 This was a 95 hectare burn, originally planned for last Autumn. It was a ‘Bushfire moderation zone [BMZ]’ burn, aimed at reducing 80 per cent of the fuel in the designated area. The burn is designed to provide some protection for Fryerstown from fire coming from its north. BMZ burns are directed at protecting human assets, and ecological considerations are not central to them.

The result, as with most of these exercises, was mixed: not as bad as it could have been, not as good as it should be. As an illustration: DELWP policy aims to clean up ground fuel and some scrub, and to avoid bringing down big trees in management burns, but we haven’t seen one which has pulled off this feat. Department policy tries to explain this deficiency with statements like, ‘Occasionally an unhealthy tree may die after a fire or planned burn’, something we’re a bit sceptical about. In the current case, the aim to protect big trees (very rare in this patch of bush) was largely achieved, with one bizarre exception: right on the road, at the edge of the fire, where you would have thought it would be very visible to patrols, perhaps the biggest eucalypt in the zone has been scorched to the crown. This was not an unhealthy tree, but the prognosis for its survival through the summer is not great. 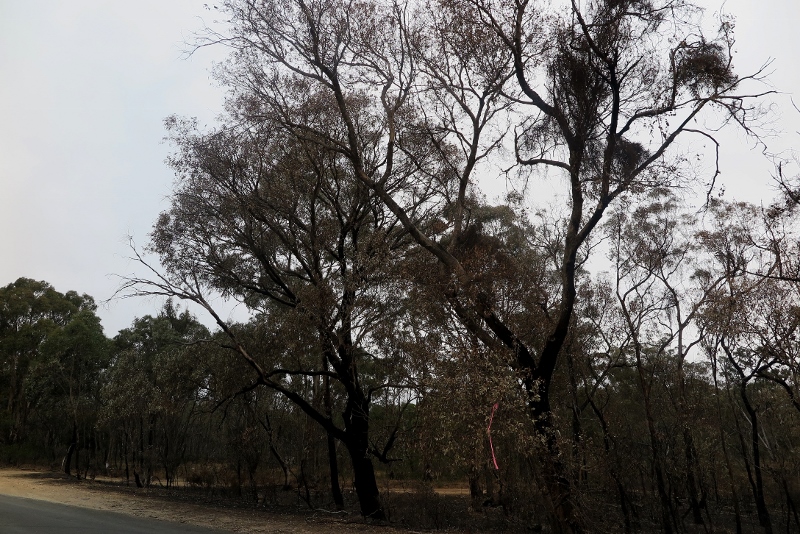 Scorched trees on the Chewton Fryerstown road: in theory large trees should not be damaged in reduction burns.

A question hovering over all these exercises should never be forgotten: what is their effect, ecologically? Fire managers are in an unenviable position. Any bushfire outbreak exposes them to a relentless media campaign accusing them of not doing enough burning. The ecological effects of management fire are quieter, more complex and more long term. Managers’ challenge is to achieve human safety without destroying the natural environment which keeps us alive. Are they well enough resourced to do this? We’ve frequently expressed our doubts about this one. 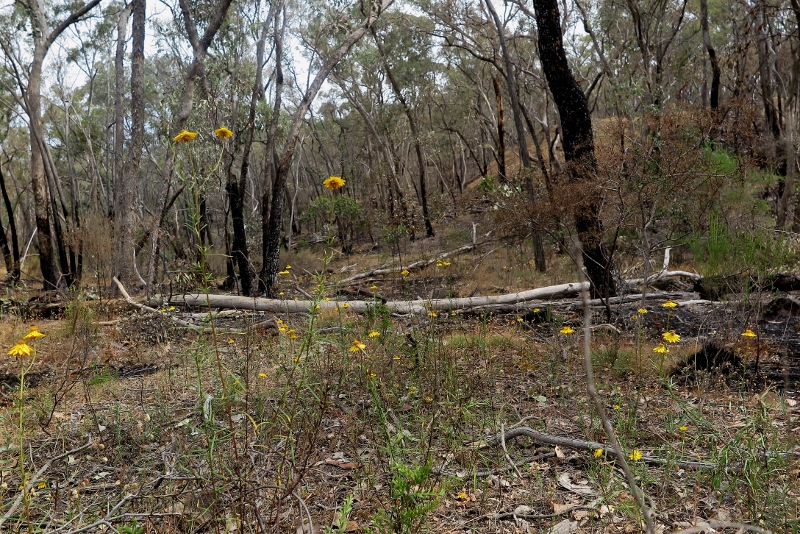 In the fire zone, Spring Gully: Bushfire Management Zones are not directly concerned with ecological values, but surviving patches like this are important in forest health.

2 Responses to Meanwhile, on the ground: fuel reduction at Spring Gully