It’s not Bambi, it’s not cute–and it’s coming to a place near you

More and more deer sightings are being reported from our region, where they were once reasonably uncommon. A herd of 11 was seen in Muckleford last month, and last weekend 7 were sighted in the Gough’s Range State Forest. 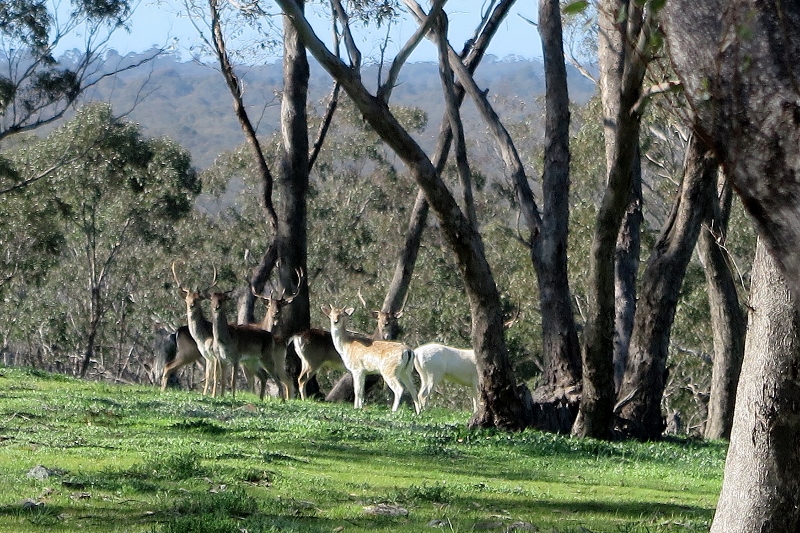 Deer in the Gough’s Range State Forest, September 2019: they’re a danger to traffic, a pest to agriculture and they trash the bush. And there are more and more of them.

Reports are piling up from around the state of the damage done by these feral animals, whose numbers are not being controlled by recreational hunters. The state government has been under pressure from farmers, conservationists and municipalities to deal with the exploding deer population. So far it has delayed making any kind of decisive decision about what to do with the problem. We can only speculate about the reasons for this delay, but the most likely explanation is that the government clings to the notion that the economic benefits of deer hunting and  the political clout of hunters outweigh the damage done by the animals.

As the deer population increases this position is getting dodgier and dodgier.

1 Response to It’s not Bambi, it’s not cute–and it’s coming to a place near you