Users of Expedition Pass reservoir over the last year or so have noticed signs of serious stress in the Red Gums at the south western end of the dam wall, near the Golden Point Road.

Reasons for the stress are speculative, but drought and soil compaction from the parking of cars must have something to do with the problem. 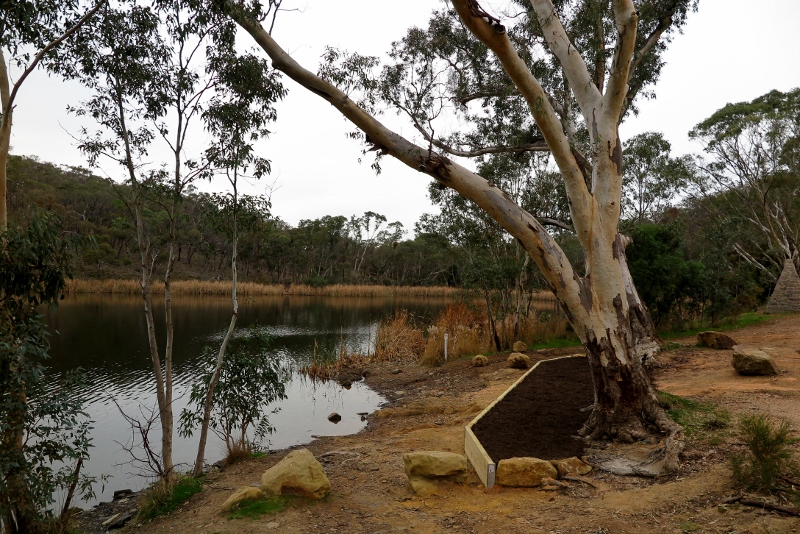 Soil platform under one of the corner Red Gums at Expedition Pass. Will it solve the problems faced by trees at the popular beach? We don’t know…

Parks Victoria have had a small go at one side of the problem by building a soil platform in front of two of the trees. We’re not sure how this will work, given that it’s likely to be used as a platform for resting by swimmers in summer. We’ll see. An intriguing side of the problem is that Red Gums are notorious for dropping dangerous limbs without warning, a fact seemingly disregarded by the many who rest under these trees every summer. Fencing the trees off might be a good idea, but it would probably get a hostile reception by users, given the popularity of that ‘beach’ area.

A trickier problem is the cars. Parks have placed rocks to prevent these from parking too close to the trees, and compacting the soil further: but there’s a further problem: illegal and possibly dangerous parking along the road. This is more or less universal in summer. Parks seems to have made a start on this one by improving the walking track up to the Reservoir from Llewellyn Road. It’s a pleasant track, though definitely uphill. Will it tempt people to leave their cars below the Res and walk? One problem with that is that parking along Llewellyn Road is presently limited. We believe Parks has plans to deal with this…we’ll see about that one too. 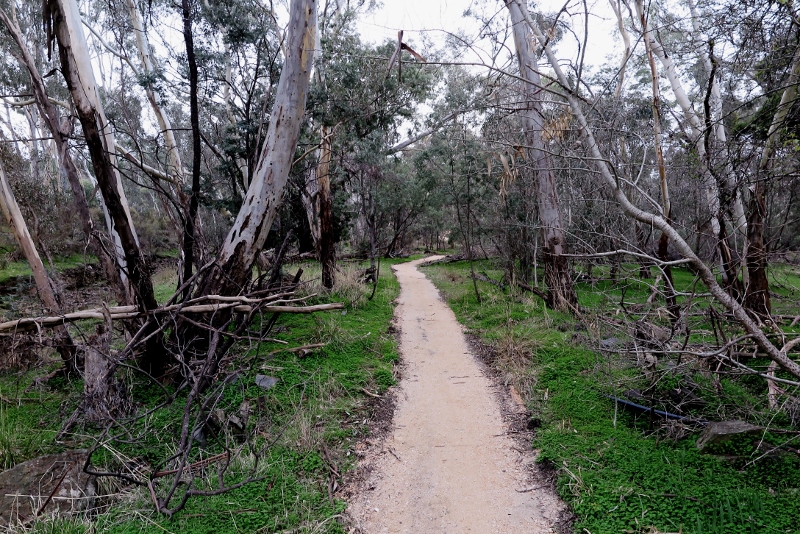 Pleasant track linking Llewellyn Drive and the reservoir. It could be part of a solution to dangerous parking practices on the Golden Point Road.