There was a good turnout for the first FOBIF walk this year despite the hot weather. The 5km trek began at the Chewton Shop and followed Forest Creek to the Monster Meeting site. It was then up Burns Hill with terrific views over the township to the south and along the reef to Trapps Gully before coming back down along the Forest Creek.

Marie Jones who led the walk has been involved for decades in the revival of the Forest Creek area. She gave an excellent running commentary on the impact of mining and white settlement in the area and the extensive rehabilitation undertaken by the local Landcare group and others. Marie also gave us a rundown of the historical significance of the Monster Meeting site and handed out the newly produced Chewton Domain Society pamphlet, ‘The 1851 Monster Meeting of Diggers at Forest Creek’.

Thanks Marie for leading a wonderful walk which introduced walkers to little unknown trails so important in our history and so close to town. 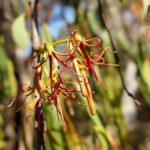 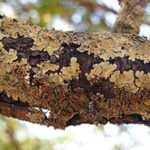 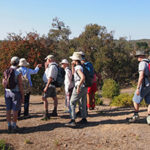 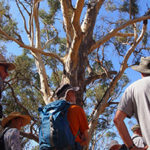 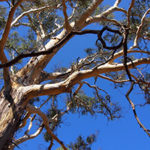 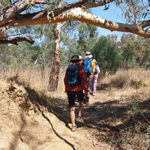 As explained in an earlier post the April and May FOBIF walks have been swapped. The next walk (21 April) will now be led by Julie Hurley or Rex Odgers starting out from Warburton Bridge. As usual meet at Continuing Ed at 9.30 or at 9.50 at Warburton Bridge, Glenuce.