The price of gold

Ian Higgins began his talk at the FOBIF AGM last Monday by showing a picture of the beautiful interior of Parliament House Melbourne, inlaid with pure gold.

Then he showed this eloquent 1861 photograph taken near Guildford, most likely near the confluence of Campbell’s Creek and the Loddon River: 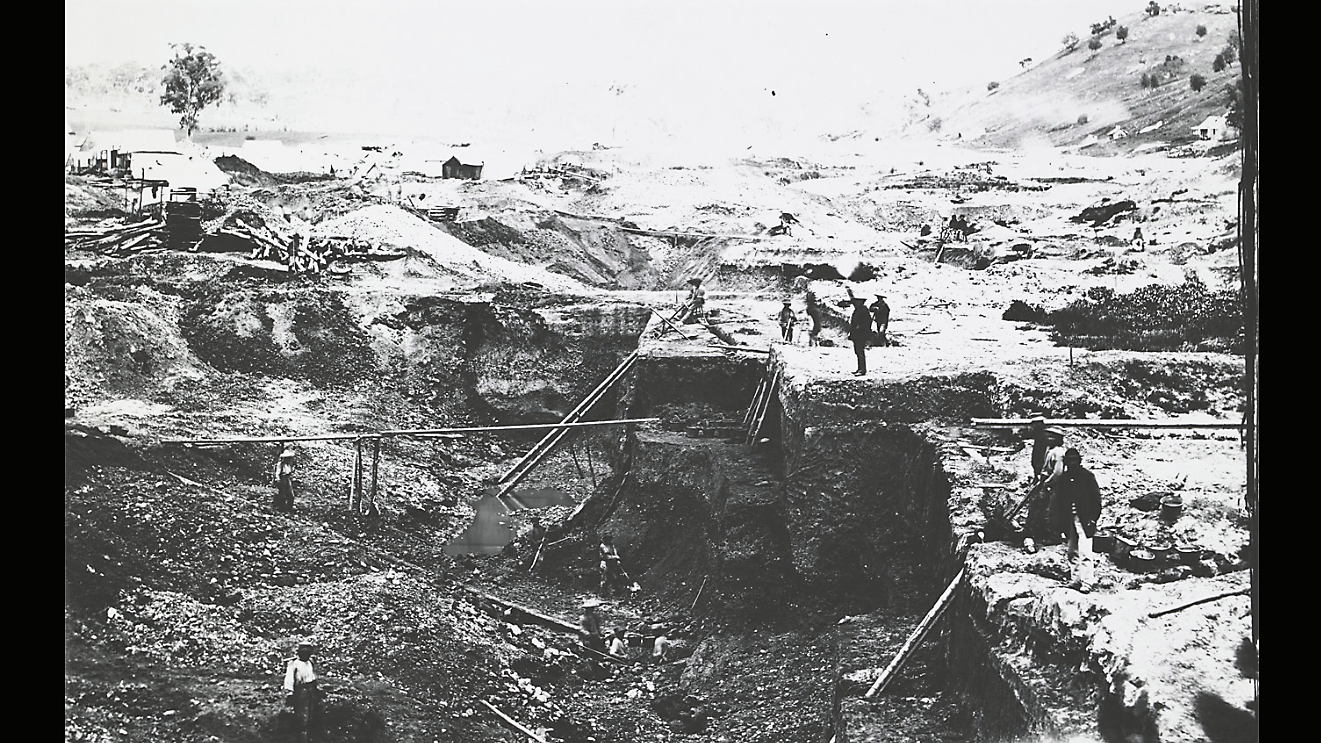 Near Guildford, 1861: the price of gold was hard work–and the destruction of the land. The price needs to be repaid. Photo: Richard Daintree [Copyright State Library Victoria]

The goldfields have still not recovered from the destructive effects of the gold rushes. The theme of Ian’s talk was not to bemoan this destruction, but to ask, how can the damage be repaired?

Part of the answer can be seen in the work of the Friends of Campbell’s Creek, of which Ian is the co-founder. When the Friends began their work nearly 20 years ago there were five wattle bushes standing between Castlemaine and Guildford. Anyone taking a two minute stroll along the Campbells creek track now will find that an amazing figure. The reintroduction of ‘self recruiting natives’ along the creek has been an astonishing success: and although there’s plenty to be done on all our local waterways, this particular project is a bright light at a time when we really need one. 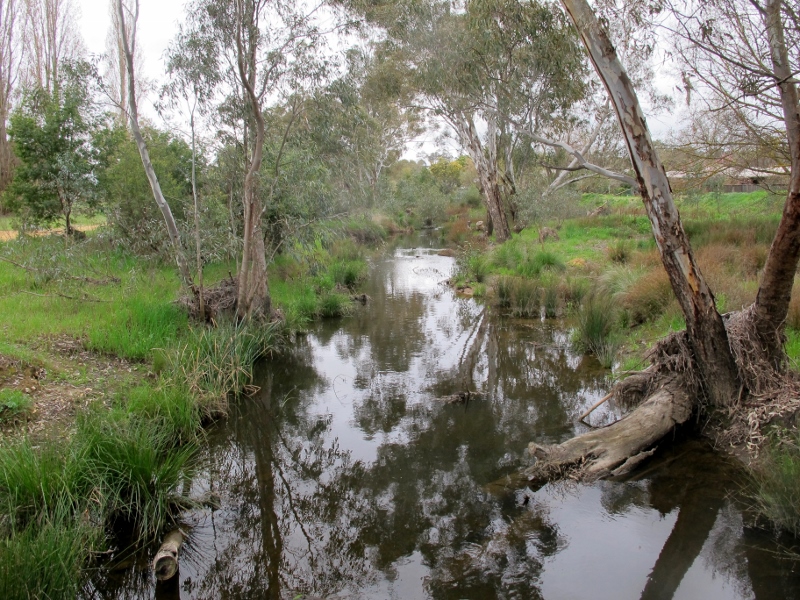 Campbell’s creek: the Friends group has been remarkably successful in reintroducing a wide variety of self reproducing species.

Ian spoke after the main business of the AGM, namely, reports and elections. The following FOBIF committee was elected for 2018-9: