Sunday saw a modestly sized group of 14 walk a circuit in the Fryers Ranges behind Taradale led by Christine Henderson.

The walk was conducted at a relaxed pace with plenty of stops for plant and wild-flower photography and identification. We were fortunate to have two experts in David Elliot and Richard Piesse among the group.

Lots of wattle were in flower especially Rough Wattle (Acacia aspera) which was especially prolific.

Highlights included Hill Flat Pea which was just emerging, lots of White and Pink Heath, a patch of Slender Dodder Laurel found by Richard and numerous clumps of the rare Elphinstone Grevillea right beside the track. Let’s hope it isn’t eliminated in the next round of track widening.

Thanks to Christine for a most enjoyable walk. Continuing with the floral theme next months walk is in the Muckleford forest led by Geoff Nevill and focusing on orchids. 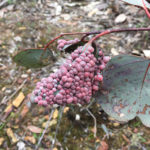 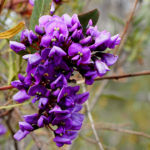 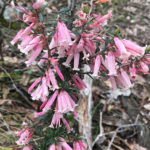 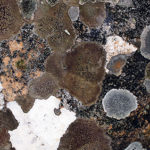 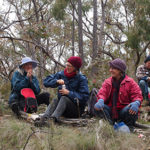