There’s rubbish and rubbish. Some dumped stuff is lethal—asbestos comes to mind. Some is a serious pest—like garden weeds that threaten to spread into the bush. Some is an eyesore that tells you the dumper has no respect for public space, and certainly no sense of responsibility for it. Think about mattresses and plastic junk. 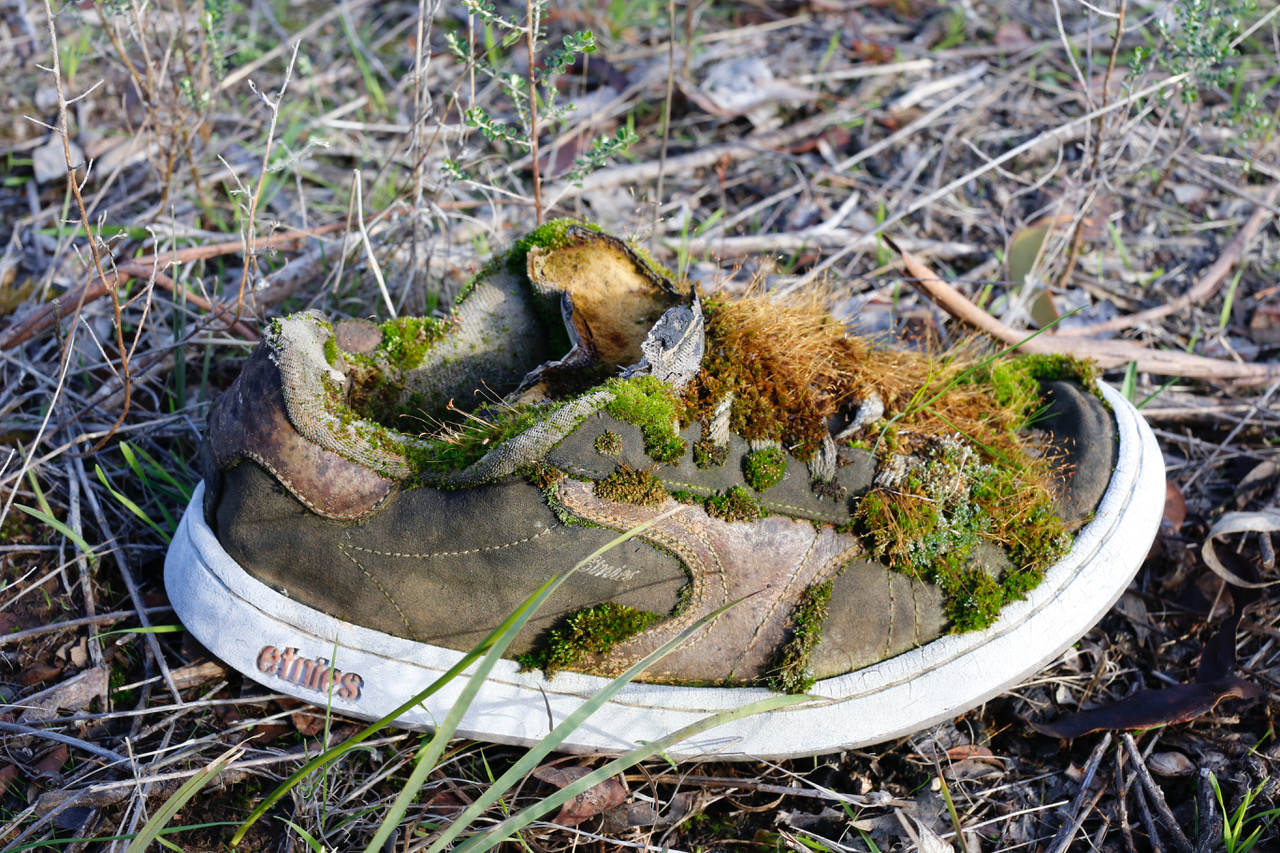 And some rubbish is just plain eccentric. What’s this single running shoe doing alongside the Kalimna Circuit Track? Well, one thing it’s doing is providing nice moss habitat: a reminder that sometimes rubbish can have unexpected effects—remember the dumped mattress colonised by a phascogale? This is no defence of dumping, of course. It’s one of the scourges of public land managers, and seems to get worse: it’s now costing Victorians $30 million a year in cleanup and other costs.