The guide was produced as a tribute to Ern Perkins, for many decades the leading figure in field naturalist studies in this region. George spoke briefly about Ern’s career since the two had been science students together at Melbourne University in the 1950s, before launching the book, which incorporates many of the notes on the Acacia species produced by Ern in innumerable guides and newsletters.

In introducing the event, FOBIF President Marie Jones paid tribute to past leaders, like Ern, and like FOBIF founding president Doug Ralph, who have made major contributions to the living tradition of engagement with the environment in this region.

The wattle guide is available from Stonemans Bookroom, the Castlemaine Visitor Information Centre, the Book Wolf in Maldon and the Guildford General Store. It can also be ordered directly from this site.

Thanks to John Ellis for the photos. Click to enlarge. 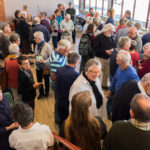 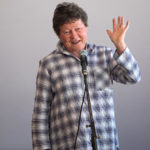 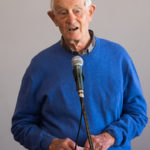 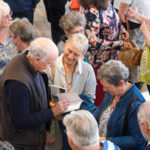