The photo below shows two out of the three ponds created in Victoria Gully Castlemaine, by the Victoria Gully group. The ponds are designed to take runoff from nearby streets, and are to be planted with rushes and tussock grasses suitable for frog habitat. 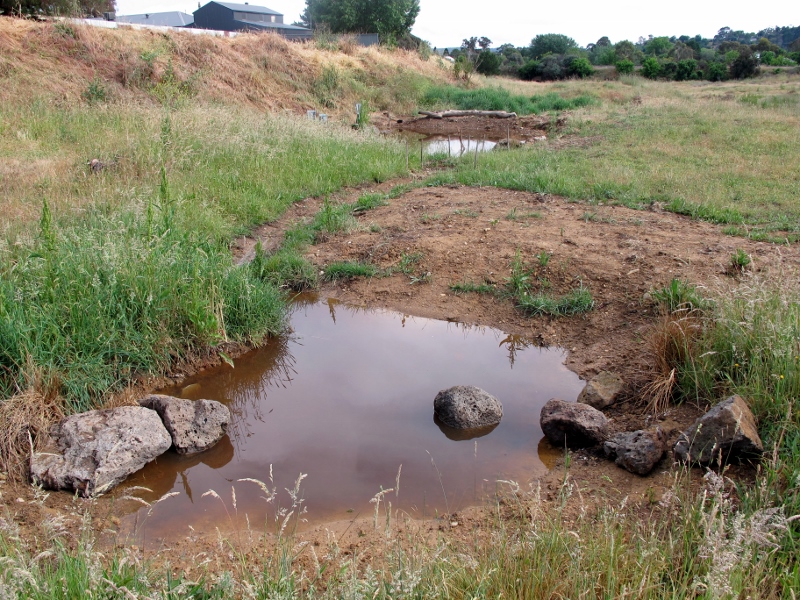 The chain of ponds is designed to be intermittently full, and it will play a small part in reducing runoff to Forest Creek in times of heavy rain. The group has been working in the area for several years attacking broom and gorse infestations, and has created two exclusion plots in the degraded gully. The Vic Gully group is auspiced by FOBIF.

Heavy rain over November 16 and 17 over the town of Castlemaine [falls were localised and variable] made a small dent in an otherwise dry prospect, and filled the ponds to overflowing. Falls this year are significantly below long term averages. Apart from big falls in April [141 mls, a hundred more than the average!], nearly every month has been significantly down, the worst being 6 mls in June, 50 mls below average]. Gloomy prognostications aside, however, we live in hope.