It’s not just on the stock markets that gold is doing well. The wattle season is now well and truly on. Although we have interesting variations around the shire, patches of wattles in bloom are pretty well everywhere. As usual, Spreading Wattle started the show, and Woolly Wattle has been abundant for a month in some parts of the region. Now it’s Golden Wattle’s turn. If you’re in the Newstead-Maldon area, it’s worth a short excursion into the Gough’s Range State Forest. This modest patch of bush has oceans of gold as its understorey. 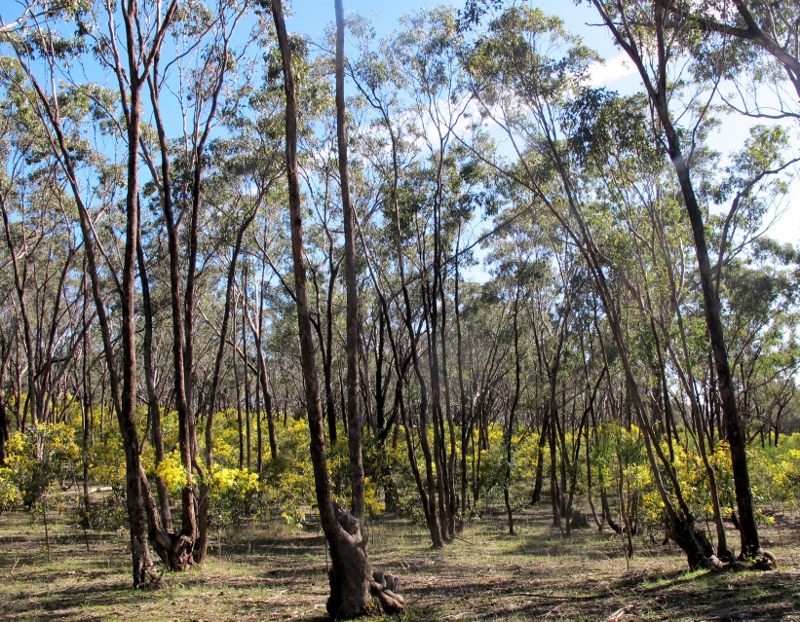 Golden Wattle, Gough’s Range, August 8: this modest, much abused bush comes into its own in Winter and Spring.