Fire management zones in our area have been revised to accommodate the new ‘risk’ system which has replaced the unlamented five per cent target.

The  new zones–which are up for public comment– can be seen the map at the end of this post. For a map which can be expanded, go to this link . Click on the zoom to get detail. 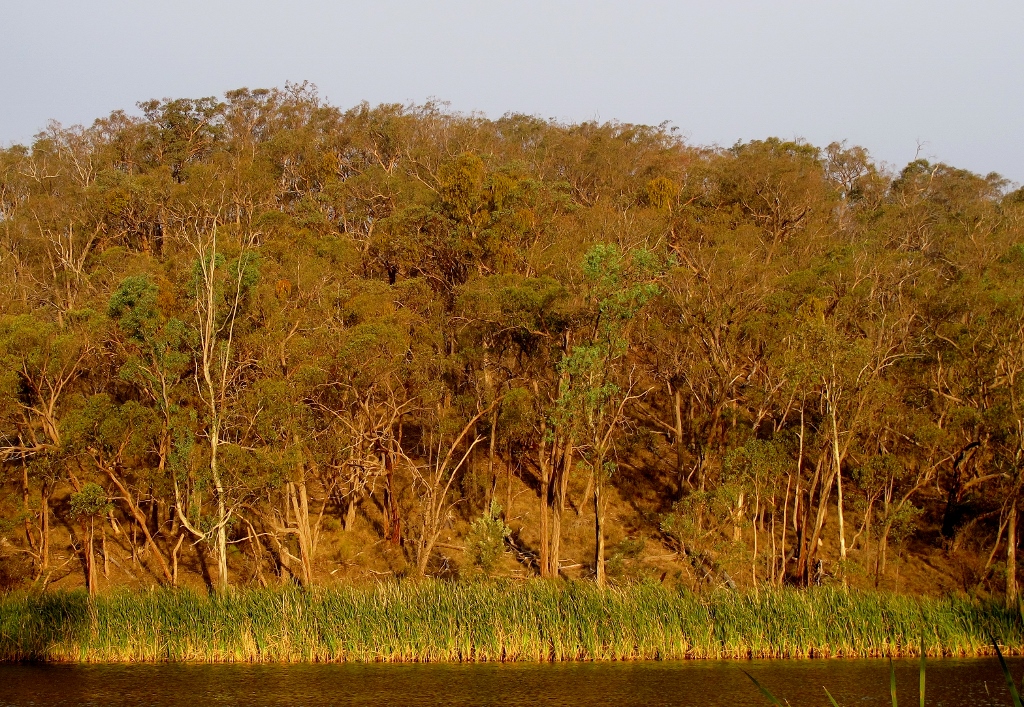 Fancy a swim in the ash? It’s proposed to burn this bush–and all around the Expedition Pass reservoir–severely, and at regular intervals.

Matters of serious concern to FOBIF are

–a Zone 1 area now completely surrounds Expedition Pass reservoir and Dunstans Flat:  this means the area around the Res will be severely burned as often as every five  years.

–The Loddon River Valley around Vaughan is Zoned 2, with a narrow Zone 1 strip.

The Expedition Pass reservoir and surrounds, apart from being an important amenity for locals, contains some of the oldest Stringybarks in the region, the best collection of White Box in the region, and some very old Grey and Red Box trees.

Justification for the proposal [coded CAS 02] is given as ‘for the protection of Faraday from fires spreading from south west of the community’. At this stage, we’re completely unable to see the logic in this: it looks to us as if someone in an office has done a desk top modelling exercise without any knowledge of the area and its value. We’ll quiz fire officers about the detail of this proposal. We’ll also be asking what fuel reduction, if any, is proposed for private land in the area: according to the original West Central documents, private land throughout Faraday and Sutton Grange is a ‘priority fuel management area’…but not enough of a priority to actually do anything, it seems.

And what about the Loddon?

For some months West Central maps have shown an extensive area along the Loddon near Vaughan as zoned 2 ‘bushfire moderation’, that is, up for regular burning.  We were assured by fire officers a few months ago that this ‘would not happen’, because DELWP policy was not to burn areas of River Red Gum, the dominant tree in this valley. We’re now wondering what such assurances are worth.

Of course, the zoning system applies only to public land. As we’ve noted above, the much proclaimed ‘tenure blind’ system of looking at landscapes for fire protection purposes seems to be as dormant as ever: so public land cops the brunt of fuel reduction exercises, and private land—at least as dangerous—is left alone, as too hard to handle, or left to erratic or inconsistent local rules.

More details on the risk landscape approach can be found here, together with info on how to put in a submission.

FOBIF will be making a submission to this consultation before the closing date of November 25. We urge others to do the same: even asking a question has a use. Send comments or questions to west.central@delwp.vic.gov.au 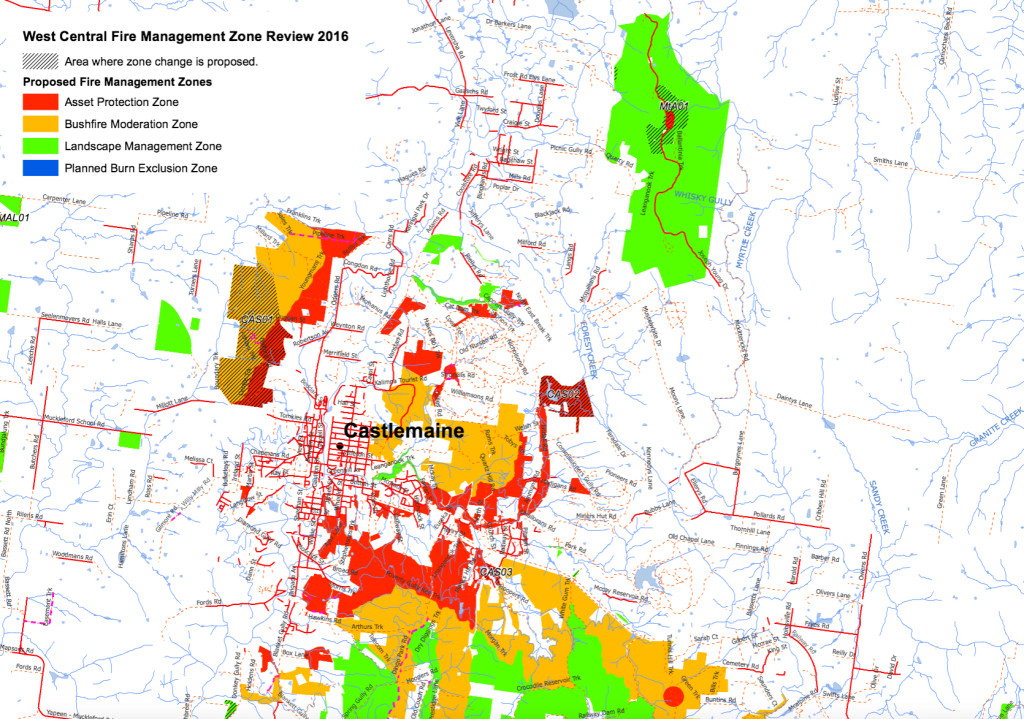 This link offers a brief justification of the Phoenix Rapidfire modelling system: pdf 1