Is this the best [that is, worst] year ever for the Oxalis weed? Since autumn we’ve seen the dense mats seem to get denser, to spread more widely, and to cover areas the weed’s never been strong in before. And now that it’s spring, those pretty yellow flowers seem to be everywhere. 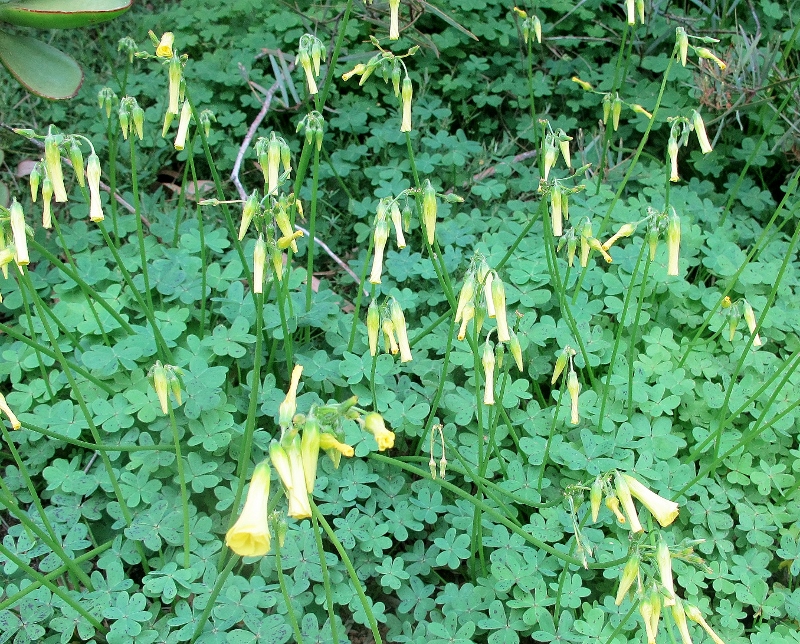 Oxalis: among other things, it is, or should be, a challenge to fire managers

There are 800 species of Oxalis world wide, including six that are native to Australia: we have two in our region—O. exilis [Shady Wood Sorrel] and O. perrenans [Grasslands wood sorrel: it’s the host plant for the Grasslands Copper butterfly]. The commonest local species is the introduced—and very feral—Soursob [Pes caprae]. It was introduced into this country in 1839 as a garden ornamental, a fact which adds a bit more weight to Tim Lowe’s claim [in Feral Future] that gardeners have done more harm to our environment than miners…

Any gardener will tell you Oxalis is hard to control. According to a 2012 DSE report, it’s also likely to increase in threat after fire, its bulbs allowing it to spread into bare ground. This, we hope, will be in fire managers’ minds when they’re conducting reduction burns in areas where Oxalis is already rampant [the proposed burn on Mount Tarrengower, for example].

2 Responses to Oh no! It’s spring!