For some months now, local Red Gums, especially around Mount Alexander, have been looking pretty bedraggled, attacked by some leaf eating insect we’ve been unable to identify. It seems to prefer only Red Gums: many Australians are unable to tell eucalypt species apart, but our insects are pretty good at it. 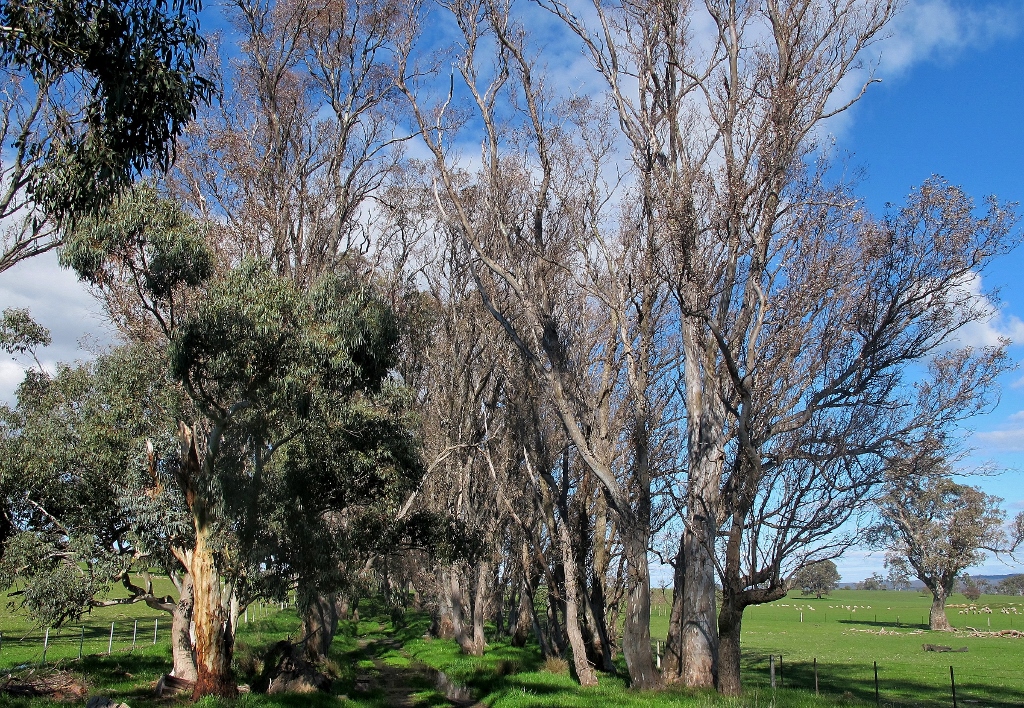 Green Lane, Sutton Grange, August 7: The trees on the left are Candlebarks, whose foliage is untouched. The others are Red Gums, in dire condition from leaf attack.

Any suggestions about what the culprit is would be welcome. Infestations of Red Gums are pretty common, but this one looks more drastic than most.

Part of our problem is that the Red Gum is a generous host. A 2002 experiment found over 450 insect species in the canopies of just two trees near the Murray River! (You can find this info and a million other fascinating things in Flooded forest and desert creek, ecology and history of the River Red Gum, by Matthew Coloff–it’s in the Goldfields library system). So presumably there are several hundred suspects in this assault case… 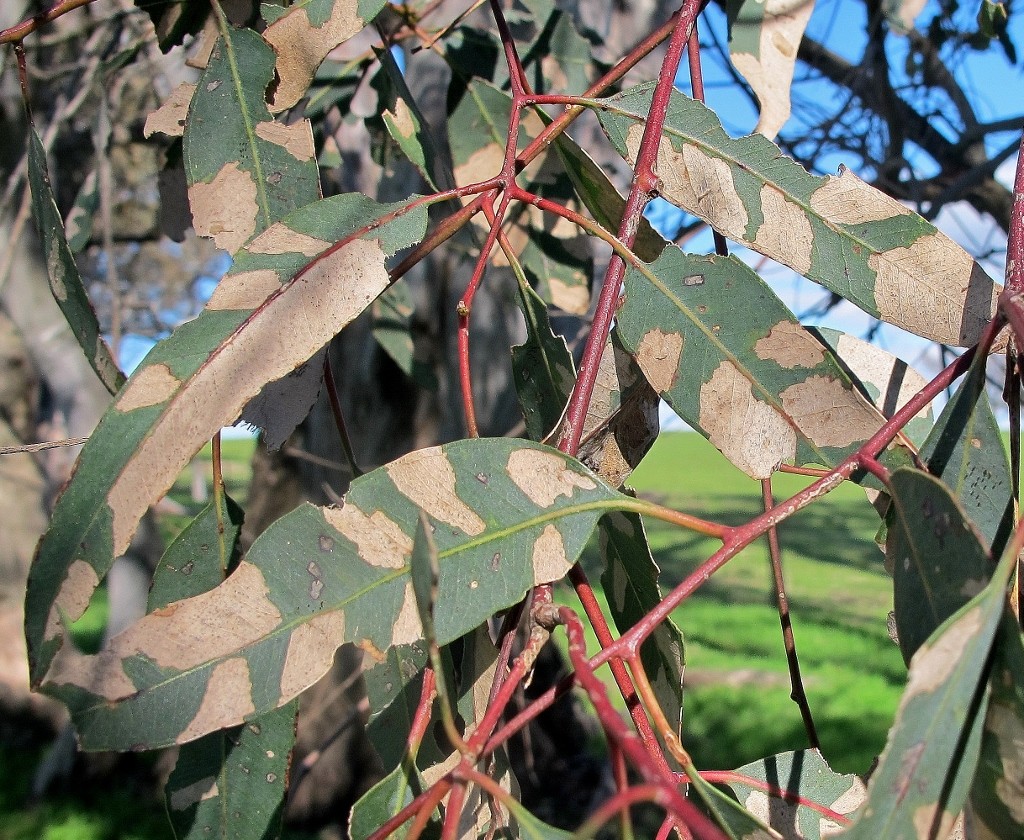 Red gum leaves: trees of this species have been looking stressed for some months in parts of the region.