An adopted elder of the Dja Dja Wurrung, Aunty Julie skillfully shared her knowledge and stories with over thirty local children during the course of the week.

The program was run at the Fryerstown School, which with its outdoor fire pit, provided local primary school children, parents and carers with the scene for learning about local indigenous culture.

Each session started with Julie leading an acknowledgement of country and followed by a Teaching of the story of Bunjil which is a story about Creation and is told at the beginning of any cultural activities.

Kids got stuck into some cooking, with damper, originally made with Kangaroo Grass seed, and dried bush fruit and acacia seed mixed through.

Depending on the day and age of the children, next was some weaving with bush materials or painting with natural coloured paint.

Games from the desert were adapted and shared, faces painted in preparation for dancing and then we cracked open our damper to finish.

A big thank-you to Julie and her helpers, volunteer Louise Jiricek and Mount Alexander Shire Council for their support for the program though their 2016-17 Community Grants program. 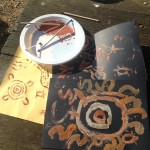 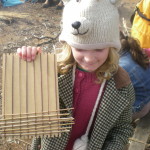 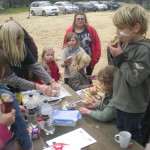 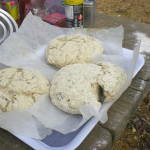 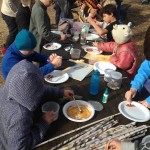 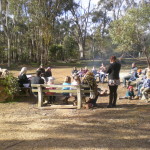 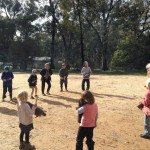 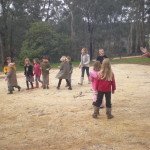