The Department of the Environment is gearing up to conduct planned burns in the Castlemaine area in the Autumn season. The map below shows the burns planned for this and next year close to Castlemaine town. A clearer version, which can be expanded to show burns in the Maldon, Muckleford, Taradale, Newstead, Fryers forest and Tarilta areas, can be found here. 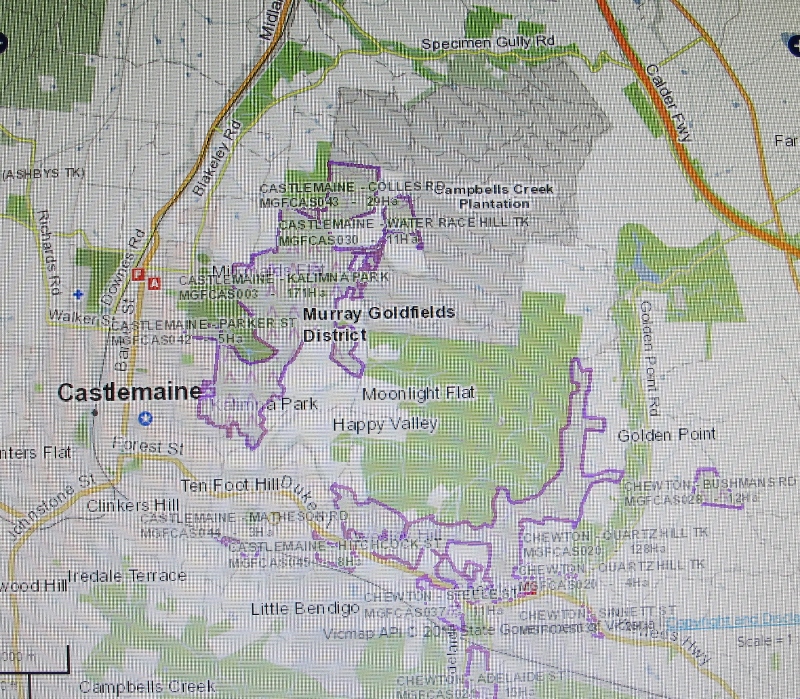 DELWP map showing proposed burn areas close to Castlemaine. The major burn planned for this season is the eastern side of Kalimna Park.

The major burn planned for this season is the eastern side of the Kalimna Park tourist road. Conservation representatives plan to meet with DELWP fire officers soon to discuss the implications of this operation. The zone shown to the north of Chewton is planned for the 2016-7 season.

FOBIF is also interested in a small proposed burn in the Chewton bushlands [you can see it at the right hand side of the map]. Our initial concerns are, first: how burning in such steep terrain will affect soil stability; and second,  to know how the burning of this block is integrated with fuel management on the surrounding private land. As we’ve reported before, DELWP fuel management is supposed to be ‘tenure blind’, and involve private as well as public land. So far, we’ve seen no evidence of this policy going into practice. It’s particularly of interest to us because of the presence of the pine plantations which, though on public land, are privately managed.