Over 15 years of FOBIF walks 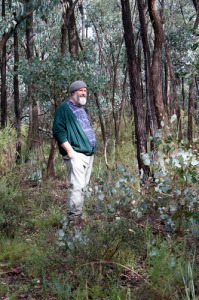 We are not quite sure of the exact year FOBIF walks began but it was sometime in the late 1990s. Doug Ralph, one of the founders of FOBIF, initially led all the walks but later other locals shared this task. For many years Margaret Panter helped with organising and promoting the walks’ program. Hundreds of people have come along to these walks exploring and learning to appreciate our local Box-Ironbark forests. As well many people on the walks including Frances Cincotta, Margaret Panter and Noel Young have shared their in-depth knowledge of local plants.

We have always kept the same format: 8 walks a year from March to October on the third Sunday of the month. As usual this year we had an interesting variety of destinations: Forest Creek (Marie Jones), Poverty Gully and Eureka Reef (Marian Letcher), Mount Alexander (Doug Ralph), Kalimna Park (Julian Hollis), Muckleford Gorge (Deirdre Slattery), Fryers Ranges (Richard Piesse), Muckleford Forest (Neville Cooper) and Fryers Ridge (Alex Panelli). A big thanks to all those leaders.

This year we have expanded the walks program. Naomi Raftery who joined the FOBIF Committee this year organised 2 family walks, an autumn one in Kalimna Park and a spring one in Kaweka Sanctuary. If you would like to see children exploring nature have a look at this slide show below. (Click anywhere on the image to start.) 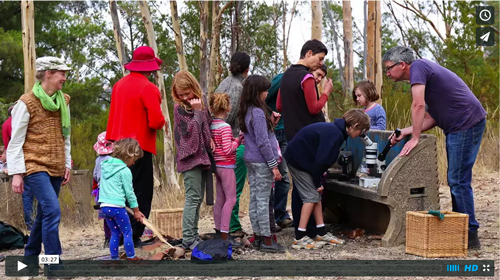 Young FOBIF member Nioka Mellick-Copper organised two teenage walks, also in spring and autumn. The first was in Muckleford and the second on the Eureka Reef interpretive trail. These two walks were supported through a Mount Alexander Shire Youth Grant. More on these walks can be viewed here and here. 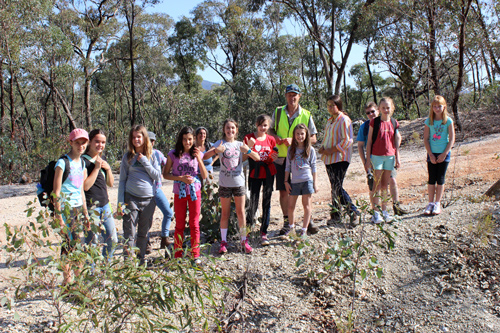 Teenagers with their parents on the Spring bush walk.

Due to March and September often being hot we have decided to have shorter walks in these months. The first 2015 walk of approximately 4 km will take place on 15 March in the Rise and Shine Bush Reserve. This walk will be led by Geoff Park. The full program for next year’s walks (adult, teenage and family) will be available early next year.