Now, what’s this about Gough’s Range?

Not too many people visit Gough’s Range State Forest, roughly midway between Welshman’s Reef and Maldon. This small [161 ha] forest will be getting a few extra visitors in the 2016-17 management burning season, however. It’s down for a DEPI ‘Landscape Management Burn’. The intention of managers is

‘To provide an irregular mosaic of areas of fuel reduction which will complement works in adjacent fire management zones and can assist in ecological resilience and forest regeneration.’ 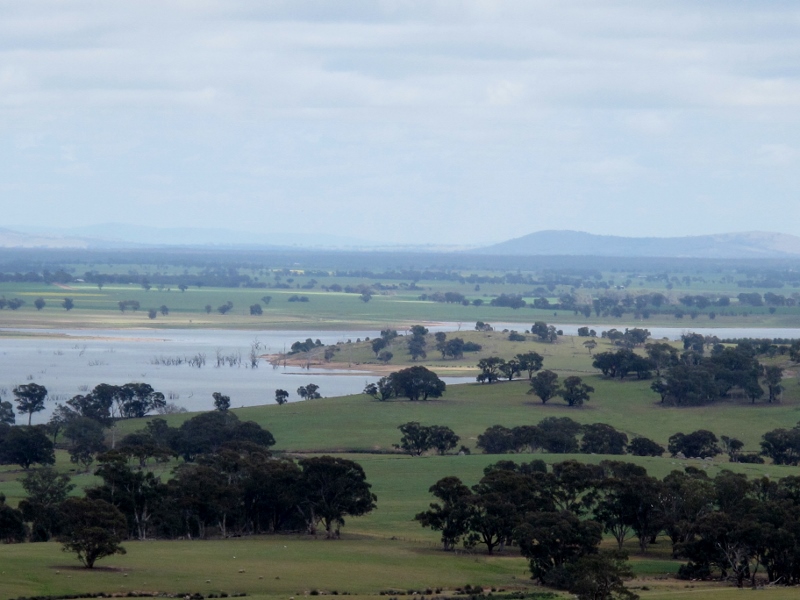 Cairn Curran Reservoir, from the western edge of the Gough’s Range forest. Modestly interesting views are to be had from many parts of this bush.

We’ve been informed that the Department intends a burn coverage of 30-50% of the declared area; further, in its response to the Muckleford Forest submission to the Fire Operations Plan, DEPI has said that ‘every planned burn’ gets an environmental assessment beforehand—so we’ll be keen to see how the managers go about assessing the values of this modest forest, and protecting those values. 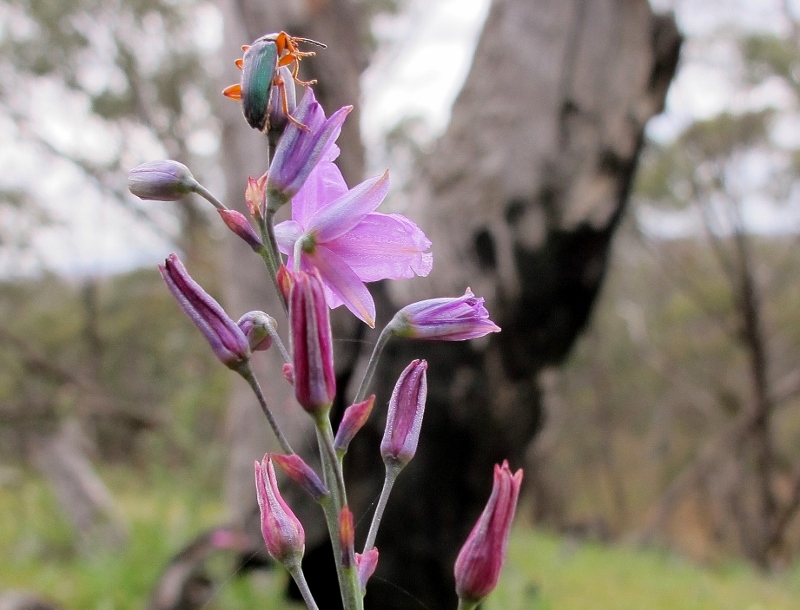 It’s not Everest, but this chocolate lily is still a trial for the small beetle: Gough’s Range, October 2014

FOBIF will be running one of its monthly walks in the Goughs Range forest in winter next year.

In the meantime, here are a few photos to give an idea of what’s to be found there [click to enlarge thumbnail photos]: 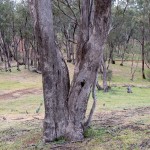 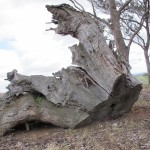 Gough’s Range 2: this stump, far larger than any of the living trees around it, suggests a grander past for this forest. 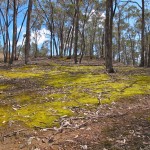 Gough’s Range 3: recent rains bring colour to the golden carpet of Leptodontium paradoxum moss which has covered and protected much of the degraded soil surface. A variety of moss species occupies niches in the forest. 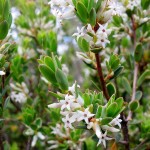 Gough’s Range 4: Daphne heath in flower, October 2014: much of the understorey is occupied by this shrub. In season there are also good displays of Guinea Flower, Milkmaids, Chocolate lilies, Piemelia and sundry other wildflowers. 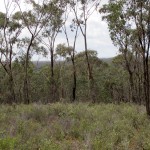 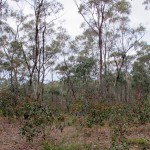 Gough’s Range 6: Golden wattle understorey, north end of the forest; this, and Varnish wattle, seem to be the most common understorey trees. 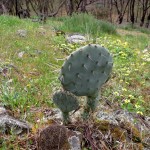 Gough’s Range 7: Wheel cactus is a sinister invader on the edge of farmland on the western side of the forest. Eradication of this menace would certainly improve ecological resilience. 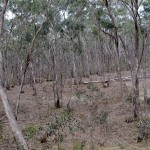 Gough’s Range 8: soil depletion and over exploitation in the past have resulted in a thin understorey in much of the forest.