The colour of summer

Summer: it’s a time when the bush can look stressed and under siege—but also when it can offer some pretty good sights, especially in the late afternoon or early in the morning. Clouds of butterflies around flowering  bursaria come to mind–or the flowering tea tree planted by Castlemaine Landcare along Forest Creek. 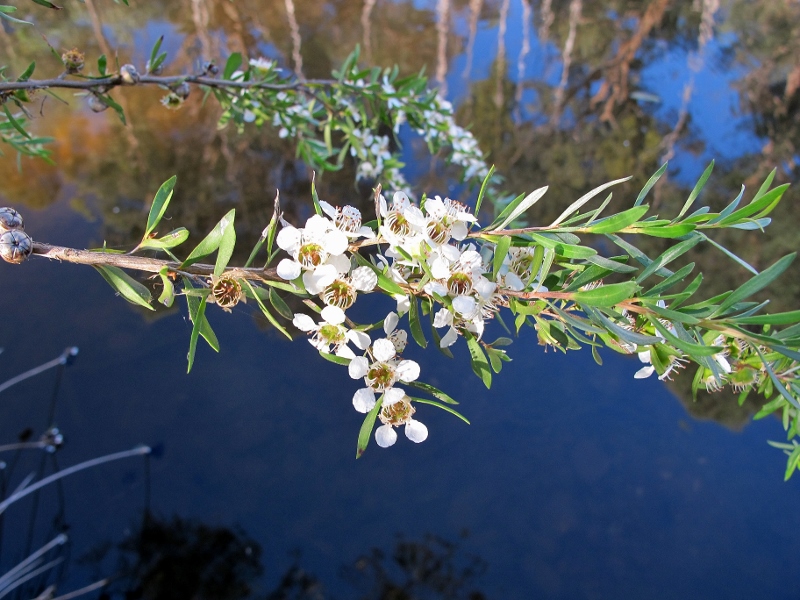 But summer is a time when many species go onto the defence against heat and dry. In some cases, this can be quite picturesque: for example, a splash of startling bronze at the base of a tree which turns out to be a drying patch of Bronze Signal Moss [Sematophyllum homomallum]: 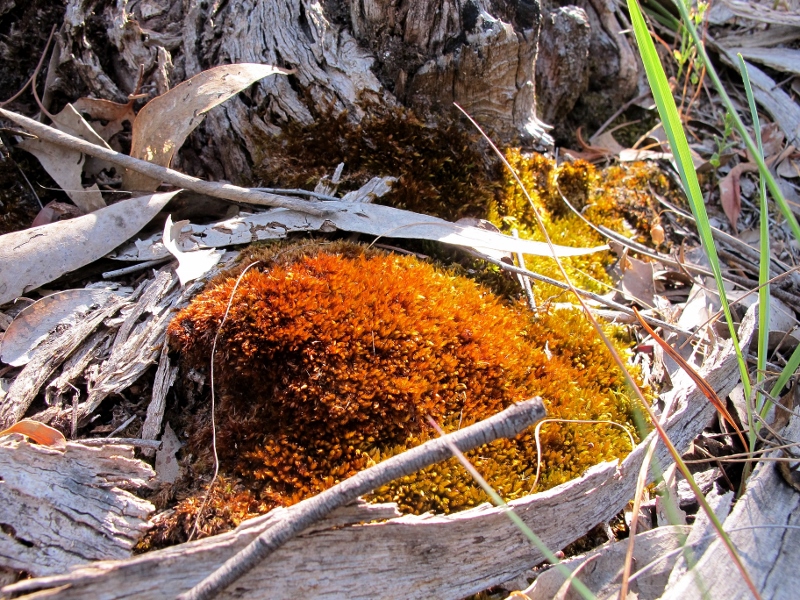