Fire: how much information does the public need?

As previewed in our July 2 Post, FOBIF members went to Bendigo on Monday night for an information session on the upcoming Fire Operations Plan. The draft plan will be made public on August 1.

Experience has taught us to expect this kind of session to be both informative and frustrating, and Monday was a good example. 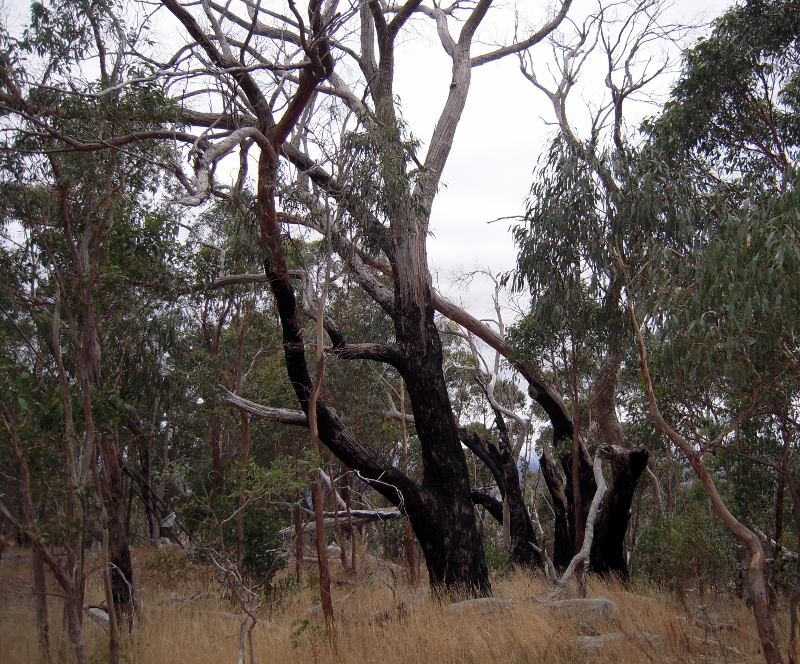 Mount Alexander: habitat trees destroyed in a 'reduction burn' which was allowed to spread beyond its supposed boundaries in 2009. DEPI information on what exactly was achieved in this operation is not publicly available. Nor are DEPI assessments of other burns.

On the informative side, we were given a preview of planned burns for the next three years. We will review these in more detail when updated maps become available in August. New burns include a number of small [usually less than 15 ha] plots close to settlements. On the whole we do not oppose these operations: their safety function is usually clear, and the brutal fact is that ecological values are sacrificed to that end. We were also informed that the ‘Environment and Water’ team had reviewed 65 burns and recommended ‘mitigation measures’ [this seems to mean mainly putting in exclusion areas] in 54 of them. This last information is encouraging…but frustratingly vague, as illustrated by answers to the following questions:

Question: Is the information given to burn managers about ecological values publicly available?

Question: The Code of Practice says that the Department ‘will make publicly accessible information about…how well bushfire management actions and strategies are achieving the two primary objectives for bushfire management on public land.’ [These objectives are human safety and ecological resilience.] Can we have this information about specific burns which we are concerned about?

These answers are refreshingly frank. What they mean, however, is